Parents /Guardians On Occasion Steal Trust Funds From Their Children 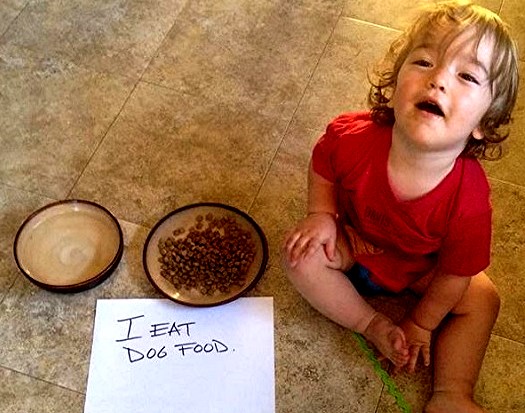 I was about to compose a blog or article on parental theft of children’s earnings or inheritances, when I spotted this in todays Herald Tribune – a mother spent the entire inheritance of her two children’s trust funds  on herself.

A bride-to-be was stripped of her late father’s inheritance by her own mother who falsely promised to help keep the money safe only to embark on a secret spending spree.

Denvar Bathie, 23, had been planning to use the part of the legacy to save up for a house and her forthcoming wedding, and saved an extra £200 every month from her own wages.

But she found herself the victim of a string of thefts by mother Trudy Collins who had warned her “you’ll spend it” before persuading her daughter to hand over her bank card and pin number for “safe keeping” in her attic.

Collins, 44, then used the card to access Miss Bathie’s account on 173 occasions and spent £20,000 pounds on holidays, shopping trips, hotel bills and visits to the cinema and hairdressers.

She was holidaying in Egypt using her daughter’s money when the bank queried the high number of withdrawals and a stunned Miss Bathie confronted her about it.

At Preston Crown Court, Lancashire, Miss Bathie stormed out without comment as her mother, from the Walney area of Barrow-in-Furness, in Cumbria was spared jail having admitted theft.

Earlier a statement from the victim was read out which she told how she “collapsed in tears” when she realised the extent of her mother’s betrayal which emerged after Collins accompanied her daughter on wedding dress fittings, plus trips to florists and potential wedding venues.

Miss Bathie said: “I trusted my mother more than anyone else and I believed her every word but the trust disappeared there and then.

“I was betrayed and heartbroken. She went behind my back spending my savings which was my future.

“As I started saving my mother came up with the idea so I wouldn’t be tempted to spend it – knowing how useless I was at saving I handed it to her I would have never second-guessed.

“Sadly the card never went into the attic – it had its own place in Trudy’s purse the whole time and she had been using it for herself. I don’t understand how this is possible.

“I didn’t know if I could trust anyone, after all if my mother could do this what could others do. Where was she in all this? Egypt – a holiday I had paid for without my knowledge as she ‘needed a break’.”

The thefts began after the victim’s father Michael – who had split up with Collins – died in 2013 aged 45 leaving a total of £90,000 equally shared with Miss Bathie and her brother and sister.

Miss Bathie had already opened a savings account – arranging for a direct debit to set up allowing a further £200 to transferred into the account on payday – and banked £20,000 of her £30,000 share of the legacy.

Prosecuting Miss Emma Keogh said: “The purpose was to save up for a mortgage on a property or a wedding.

“Her mother suggested that she gave her the card even saying ‘you will spend it’. Miss Bathie thought it was a good idea, she trusted her implicitly and both she and her mother were very close.

“She told her she would put the card in a folder in the attic and that was the last she thought about the account.

“She was aware the direct debit was going in but she withdrew nothing from it. But as time progressed it is clear her mother was using the account as her own – using the account to pay for whatever she needed.”

Miss Denvar suspected nothing when she asked her mother to produce the bank card so she could arrange payment for £1,000 for her wedding party at a hotel in the Lake District also £830 for a wedding dress.

But she was shocked when she got a phone call from the fraud department at NatWest in June last year querying a payment to the Vue Cimema in Barrow and a transaction through Amazon.

Miss Keogh added: “Denvar became a little suspicious and texted her mother’s boyfriend to see if they had been to the Vue cinema. He ignored the texts.

“She then texted her mother ‘have you used my card’. Her mother then insisted that she wanted to speak to her and didn’t admit anything.

“It was a conversation that went on between mother and she for a considerable number of minutes via text. It started by Denvar asking her mother about payments, her mother insisting she wanted to speak to her, ‘yes stop panicking’, she said she needed to talk to her, she said she had been using her daughter’s card and had been borrowing money from her daughter and was always going to pay it back.

“Denvar was completely shocked by what she heard.”

Collins initially claimed she had taken £8,000 said she was “too embarassed” to ask her daughter for money and was “always going to pay her back”.

But inquiries revealed she had stolen £19,310.06 and her daughter called in police. Amongst the transactions were £890 to Monarch Air, £263 to the On the Beach Company, £448 in Selfridges in Manchester and £179 on the Hilton International Hotel.

Miss Keogh said: “Denvar still feels very damaged by what her mother has done to her. While she says there has been moments over the Christmas period she still doesn’t feel in a position she wants to rekindle the relationship.”

In mitigation defence counsel Miss Rosalind Emsley-Smith said Collins’ motivation for the thefts was to help her youngest daughter Maisy cope with the death of her father.

Miss Smith said: “A great deal of what you can see within the bank statements are trips that Maisie was involved with, trips to Liverpool, Manchester.

“Maisy didn’t know where the money was coming from – a great deal was spent on Maisy and taking her out. ”

Talking of Collins she added: “It is entirely out of character against a particularly difficult part of her life, the breakdown of her marriage, the death of her ex-husband.

“She was l suffering emotionally and financially and had reached a point financially where she had her home repossessed.

“She described it as having ‘lost the plot’ and was inappropriately trying to deal with Maisie’s difficulties by spending money.

“But she allowed the matter to get completely out of control and she hadn’t got a handle on how much she had taken. It was always her intention to pay her daughter every penny.

“She would wish more than anything to have some kind of reconciliation with her daughter. This is a family that needs to heal.”

Collins was given a 12 month jail term suspended for two years and was ordered to complete 150 hours unpaid work and was given a three month monitored curfew between 10pm and 7am and pay a £100 victim surcharge.

The judge Mr Recorder John Corless said: “This is indeed a tragic case and a serious breach of trust.

“Your daughter trusted you implicitly but you were using an account which was simply not yours.”