The Top Five Reasons Why Families Fight Over Inheritances 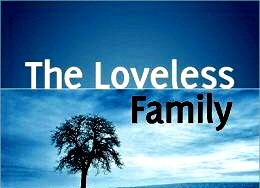 Why Families Fight Over Inheritances?

In “Blood and Money: Why Families Fight Over Inheritances and What to Do About It, “author Mark Accettura draws on his experience of 30 years of research in the fields of evolutionary psychology, gerontology, psychiatry, Gen. psychology and neuropsychology into his theories.

Not surprisingly to disinherited.com, but  perhaps surprising to others, is that he finds GREED is rarely the principal motive in fighting families.

1. One or more members of the family has a partial or full blown personality disorder that causes them to distort and escalate natural family rivalries into personal and legal battles;

2. Our psychological sense of self is intertwined with the approval then inheritance tends represents especially if the descendent is a parent.

At disinherited.com we have frequently commented and observed that money is often equated with love, and conversely lack of inheritance is equated with lack of love, particularly  from a parent;

3. Humans are genetically predisposed to competition and conflict;

4. We are genetically hardwired to be on the lookout for exclusion, sometimes finding it where it doesn’t exist;

5. Families fight because the death of a loved one activates the death anxieties of those left behind;

He mentioned and again is it is the experience of disinherited.com, that a significant number of inheritance disputes  involve testator’s or beneficiaries from dysfunctional families who are mentally ill or addicted, or so suffer from one or more various personality disorders such as antisocial, borderline histrionic, and particularly narcissistic.