Breach of Fiduciary Duty In Widow’s Reliance On Family 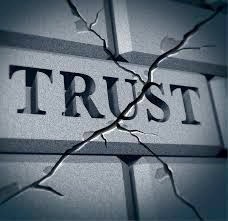 A breach of fiduciary duty was found when following her husband’s death, a widow relied upon  family members  to enter into improvident land transfers based on assertions that the widow relied upon.

It is a fact that families financially abuse each other and often in the nature of a breach of fiduciary duty, such as a power of attorney

Buccilli v Pillitteri 2012 ONSC 6624, involved a family estate dispute after a tragic death where all the parties had a one third interest in a family business.

After the deceased’s death, his surviving widow, on the advice of her brothers-in-law, signed transfers of all her interest in the deceased estate, including the interest in the family business and real property, to one of the defendants in trust, in exchange for receiving a condominium.

Eventually the widow brought court action to set aside the transfer agreement, and the action was allowed on the grounds of undue influence, and other reasons including MISREPRESENTATION. In a nutshell, the court found that there was an inequality of positions of the parties, and the widow relied upon her brother-in-law’s for advice and was misrepresentented to enter into the contract.. The transfer agreement was an improvident bargain whereby the widow gave up her interest in the deceased’s estate, which was worth a very substantial amount, in exchange for a condominium worth only $610,000.Patricia also asks that the Transfer Agreement be set aside on the basis that the widow relied upon the sons in law and they breached the fidciary duty that they owed to her.

Relationships in which a fiduciary obligation has been imposed seem to possess three general characteristics:

(1) The fiduciary has scope for the exercise of some discretion or power.

In Elder Advocates of Alberta Society, however, McLachlin C.J. stated that as useful as the three “hallmarks” referred to in Frame are in explaining the source fiduciary duties, they are not a complete code for identifying fiduciary duties. She laid down three tests to be applied.
First, the evidence must show that the alleged fiduciary gave an undertaking of responsibility to act in the best interests of a beneficiary. What is required in all cases is an undertaking by the fiduciary, express or implied, to act in accordance with the duty of loyalty reposed on him or her. The existence and character of the undertaking is informed by the norms relating to the particular relationship. The party asserting the duty must be able to point to a forsaking by the alleged fiduciary of the interests of all others in favour of those of the beneficiary, in relation to the specific legal interest at stake. The undertaking may be found in the relationship between the parties, in an imposition of responsibility by statute, or under an express agreement to act as trustee of the beneficiary’s interests.
Second, the duty must be owed to a defined person or class of persons who must be vulnerable to the fiduciary in the sense that the fiduciary has a discretionary power over them. Fiduciary duties do not exist at large. They are confined to specific relationships between particular parties. Historically recognized per se fiduciary relationships exist as a matter of course within the traditional categories of tmstee-cestui que trust, executor-beneficiary, solicitorciient, agent-principal, director-corporation, and guardian-ward or parent-child. By contrast, ad hoc fiduciary relationships must be established on a case-by-case basis.
Finally, to establish a fiduciary duty, the claimant must show that the alleged fiduciary’s power may affect the legal or substantial practical interests of the beneficiary. In the traditional categories of fiduciary relationship, the nature of the rela­tionship itself defines the interest at stake. However, a party seeking to establish an ad hoc duty must be able to point to an identifiable legal or vital practical interest that is at stake. The most obvious example is an interest in property, although other interests recognized by law may also be protected.
.