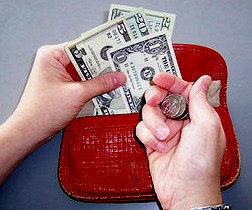 A caregiver was found liable in the amount of $136,000 in favour of a handicapped patient who could not manage money, as the caregiver breached her fiduciary duty owed to the plaintiff, and was unjustly enriched. see  Reeves v Dean 2012 BCSC 1425.

The care giver was paid by the provincial government and was found to have misappropriated $136,000 from a joint bank account to which the plaintiff had contributed  all of the funds

The plaintiff, through her litigation guardian claimed relief on two grounds;

(1) there was a fiduciary relationship between her and Ms. Dean that was violated when monies were withdrawn from the joint accounts and appropriated by Ms. Dean and Ms. Blackwell; and

(2) Ms. Dean and Ms. Blackwell were unjustly enriched by the appropriation to their own use of $136,000 of Ms. Reeves’ money from the joint accounts.

The plaintiff won judgement 0n both grounds against the caregiver.