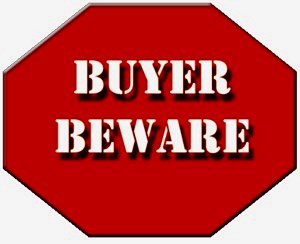 It involved a family estate dispute after a tragic death where all the parties had a one third interest in a family business. After the deceased’s death, his surviving widow, on the advice of her brothers-in-law, signed transfers of all her interest in the deceased estate, including the interest in the family business and real property, to one of the defendants in trust, in exchange for receiving a condominium. Eventually the widow brought court action to set aside the transfer agreement, and the action was allowed on the grounds of undue influence, and other reasons including MISREPRESENTATION. In a nutshell, the court found that there was an inequality of positions of the parties, and the widow relied upon her brother-in-law’s for advice and was misrepresentented to neter into the contract.. The transfer agreement was an improvident bargain whereby the widow gave up her interest in the deceased’s estate, which was worth a very substantial amount, in exchange for a condominium worth only $610,000.Patricia also asks that the Transfer Agreement be set aside on the basis that it was induced by a misrepresentation. An agreement induced by a misrepresentation can be set aside if the representation was as to a material fact and reasonably relied on. This applies to a representation whether innocent, negligent or fraudulent. See Waddams at paras. 419-421.
It is necessary for a plaintiff to establish that the misrepresentation was a material inducement upon which the plaintiff relied. It is not necessary for a plaintiff to establish that the misrepresentation was the sole inducement for acting and it matters not if the misrepresentation was only one of several factors contributing to the plaintiffs decision. See Sidhu Estate v. Bains (1996).25B.C.L.R.(3d)41 (B.C. C.A.) at paras 35-36; Kripps v. Touche Ross & Co. (1997). 89 B.C.A.C. 288 (B.C. C.A.) at paras. 102-103; NBD Bank, Canada v. Dofasco Inc. (1999). 46 O.R. (3d) 514 (Ont. C.A.) at para 81.
175 In Sidhu Estate, supra, Finch J. A. (as he then was) quoted with approval from Fleming, The Law of Torts, 7th ed.
(Sydney: Law Book, 1987), which stated at 604

At the same time, a defendant cannot excuse himself by proving that his misrepresentation was not the sole inducing cause, because it might have been precisely what tipped the scales…

If on the other hand Barton relied on the misrepresentation Armstrong could not have defeated his claim to relief by showing that there were other more weighty causes which contributed to his decision to execute the deed, for in this field the court does not allow an examination into the relative importance of contributory causes.