“Tenor of the Will” 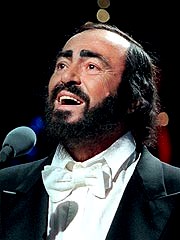 Sometimes poorly drafted wills fail to expressly provide for the appointment of an executor.

The will however may direct a person to perform one or more duties that may be described as those of an executor, and accordingly the courts have developed the concept of an “executor according to the tenor of the will”, being a person who is not expressly named in the will as an executor, but who is directed to do those duties.

For example words such as “ to hold and administer all of my estate”, or “to carry out my wishes”, have been interpreted as amounting to the appointment of an executor according to the tenor of the will.

An executor can derive his or her office from a testamentary appointment only.

His or her appointment however may be either express or constructive. If no executor is expressly appointed in the will, yet the testator has re-recommended are committed the right and duties which pertain to any executor to one or more persons, and amounts to a constructive appointment and the person is referred to as an executor according to the tenor of the will.

A will reading, “I bequeath all my estate to Mrs. Annie Stewart to be divided equally among Mrs. Stewart and Mrs. Stewart’s brothers and sister,” held not to constitute Mrs. Stewart an executrix according to the tenor of the will. Extrinsic evidence of the testatrix’s intention held inadmissible.

n In the Goods of Way [1901] P. 345, it was held that in each case it was “a question of construction of each particular document,” and in that particular case the word, “administer” appeared, and the petitioner was held to be the executor according to the tenor.

4 In In re Pryse, [1904] P. 301, 73 L.J.P. 84, the Court dealt largely with the question as to whether probate should be granted or letters of administration with the will annexed — a matter of practice. But in that case there was a direction to pay a debt, and one of the grounds put forward was that the applicant was the “universal heir,” and letters of administration with the will annexed were ordered to issue.

In the absence of a direction to pay debts, the trustees were not executors according to the tenor.

6 In In the Goods of Lush (1887) 13 P.D. 20, 57 L.J.P. 23, directions to get in the estate of the testator and to distribute it in a certain manner after the payment of all funeral and other expenses, was held sufficient to constitute a trustee an executor according to the tenor.

7 In In the Goods of Jones, 2 Sw. & Tr. 155 (164 E.R. 952) the deceased left everything to his brothers in trust to be equally divided by him between himself and his surviving brothers. Held, not an executor according to the tenor. This case most resembles the one at bar.

8 In In the Goods of Wilkinson [1892] P. 227, A. and B. were appointed trustees of the will and testament, and the wish expressed that they should pay the funeral and other debts and it was held that they were thereby constituted executors according to the tenor.

In order to constitute one an executor according to the tenor of a will it must appear, on a reasonable construction thereof, that the testator intended that he should collect his assets, pay his debts and funeral expenses, and discharge the legacies contained in such will.

But where it cannot be gathered from the will that the person named as trustee is required to pay the debts of the testator, and generally to administer his estate, he is not entitled to probate.

In the case of In re Pamela Cook, 1902 P. 114 the plaintiff was appointed executor according to the tenor. In that case a person was designated to pay all the just debts. The judge describing that person as a trustee said:

“But I think that the more reasonable construction is that, inasmuch as under this will the debts which the trustee is directed to pay must of necessity be paid out of the estate, the effect of the will is to appoint the trustee executor according to the tenor. I therefore grant probate to him.”