“Legal Disability” In BC 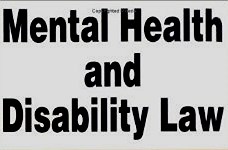 According to Rule 20-2(8)(a), persons under legal disability are infants or “mentally incompetent” persons.

The following definition appears in the Mental Health Act:

“person with a mental disorder” means a person who has a disorder of the mind that requires treatment and seriously impairs the person’s ability to react appropriately to the person’s environment, or to associate with others.

In Holland v. Marshall, 2009 BCCA 311 at paras. 29 and 37, Neilson J. A. held that the “environment” referred to in the definition of mental disorder contemplates the larger community of which the person was a part, and not just the environment of the court system and process. It was not enough that the plaintiff in that case had ADHD and memory problems because his mental disorder did not impair his ability to react appropriately to his environment or to associate with others. As such, he was not found to be legally disabled.

While the definition of “mentally incompetent” seems clear, the term “legal disability” has also been determined by the courts to mean something less stringent. In Pavlick v. Hunt, 2005 BCSC 285 at para. 20, for example, the court applied the definition of “a person under disability” found in Kirby v. Leather, [1965] 2 All E.R. 441 (Eng. C.A.), in which it was held by Lord Denning that the issue of whether or not a person was under a legal disability required a determination of: “whether or not the person had the capacity to exercise judgment in relation to the claims in issue in this lawsuit and possible settlement, as a reasonable person would be expected to do.”