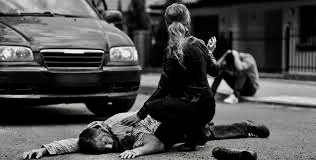 Panghali v. Panghali, 2014 BCSC 647,  involved the court awarding a 10-year-old girl approximately $500,000 in damages for the wrongful death  of her mother who was murdered by her husband, and showed how the courts calculate damages in wrongful death cases.

As referred to yesterday, in British Columbia the calculation of damages for wrongful death are largely limited to pecuniary ,that is economic loss, and no award is allowed for the pain and suffering  and grief caused by the loss of a loved one.  Regrettably such damages for the latter are allowed in other provinces such as Ontario.

In Panghali the Court analysed the deceased’s tax returns, heard of her household contributions and the worth of those, and relied on actuarial and economist  evidence as to the statistics of life expectancy, as well as the contingencies she may face herself in life and other related criteria.

[27]         At common law there is no action for wrongful death. However, the FCA creates a statutory basis for the recovery of damages by the deceased’s surviving spouse, parents, or children.

[28]         Claims are brought in the name of the deceased’s personal representative. While the surviving spouse would normally be a claimant under the FCA, in this case the deceased’s husband has no claim because he was criminally responsible for his wife’s death. As a result, this action is advanced solely for the benefit of the deceased’s child.

[29]         [30]         In Keizer, Mr. Justice Dickson at 352 said that the award in fatal compensation claims should provide “a monthly sum at least equal to that which might reasonably have been expected during the continued life of the deceased.” The assessment of damages should not be punitive or influence by sentimentality: “It is largely an exercise of business judgment” (ibid).

[31]         In this case the court must be careful to limit the losses to those that flow from the deceased’s death, rather than any losses that flow from the defendant’s criminal acts and subsequent incarceration. As set out at s. 3(2), damages under the FCA must flow from “the injury resulting from the death.” Any loss arising from the fact that the child’s father is no longer present in her life and no longer earning an income flows from his own actions, not from the death itself. Similarly, in Butterfield (Guardian of) v. Butterfield Estate (1996), 96 O.A.C. 262, both parents died in a car accident but the surviving children sued the father’s estate as he was liable for the accident. The court emphasized that the children had no claim for the loss of any support from their father as he was the author of his own death; damages were restricted to those flowing directly from the mother’s death. See also Collins v. Savovich (1996), 20 B.C.L.R. (3d) 126 (S.C.), where the child’s mother died in a car accident caused by his stepfather’s negligence. The child went to live with other relatives, thereby cutting off the flow of income from his stepfather as well as his mother. The court noted that the child could not be compensated for the loss of the stepfather’s income in the circumstances. Any recovery for the loss occasioned by the father’s incarceration must be addressed in a child support claim.

[32]         The calculation of future losses requires that the court attempt to address the unknowable. In Rosvold v. Dunlop, 2001 BCCA 1 at para. 9, Madam Justice Huddart noted that the standard of proof for evaluating future or hypothetical events is:

[9]        … simple probability, not the balance of probabilities … Possibilities and probabilities, chances, opportunities, and risks must all be considered, so long as they are a real and substantial possibility and not mere speculation. These possibilities are to be given weight according to the percentage chance they would have happened or will happen.

a)    Loss of financial support (or loss of dependency);

b)    Loss of household services and child care;

[40]         Generally speaking, the award for loss of financial support is calculated by determining what income the deceased would have earned but for the death, then reducing that amount to account for the deceased’s personal consumption. The award is meant to reflect the portion of the deceased’s earnings that would have gone towards the financial support of the surviving child. The amount awarded is net of income tax as, had the deceased survived, her contributions to the family and to the child would have drawn on after-tax income. Contingencies should then be considered and an allowance for “grossing up” the award made (see Cogar Estate v. Central Mountain Air Services Ltd. (1992), 72 B.C.L.R. (2d) 292 (C.A.)).

… In order to determine how much of families’ income is devoted to maintaining the child or children, two categories of expenses must be constructed; those amounts devoted exclusively to the children and those amounts which constituted the lifestyle of the children as part of the family and thus although shared with other members of the family are necessary to maintain that lifestyle. …

[43]         The award for loss of support for a child is limited in time to the period in which the child would have been dependent on the parent for financial support.

2. Loss of Household Services and Childcare

[63]         The court’s task is to assess a fair and reasonable measure of damages based on the evidence before it. A slavish adherence to mathematical calculations is not necessarily appropriate. After all, as noted by Mr. Carson, a precise calculation of the contributions to household and childcare is not possible. In addition the future cannot be predicted. That said, the calculations provided by Mr. Carson acknowledge that is the case. As a result I am satisfied that a fair and reasonable assessment of past and future household assistance is $230,000 and for past and future childcare is $71,000.

[64]         The child is entitled to compensation for the loss of guidance, companionship, care and training that she would have received from her mother: Plant. The award under this head is pecuniary; it is “not a non-pecuniary award by way of solace as in awards for pain and suffering in personal injury cases”: Bjornson v. McDonald et al, 2005 BCSC 765 at para. 29. The award is meant to replace a pecuniary loss that the child suffers because of the loss of care, guidance and affection.

[65]         It is difficult for the court to assess such losses, as “[m]oney cannot buy a suitable replacement for a parent” (Plant at 314). As a result, awards under this head are generally conventional: McVea v. T.B. et al, 2002 BCSC 1407, noting that not only is it “impossible to replace a parent, but … it is impossible (and invidious) to make nice comparisons between one parent’s love and another’s” (para. 75). In McVea the court reviewed the case law and found that the awards under this heading when given to younger children ranged between $25,000 and $30,000. The upper limit of the award may increase over time with inflation and in Foster v. Perry and VSA Highway Maintenance Ltd., 2005 BCSC 1214, Mr. Justice Pitfield concluded that the conventional award under this head of damages had risen to a limit of $35,000 per child.

[66]         The child has lost the care, love and support of her mother who would have provided guidance throughout her youth into young adulthood as I am satisfied that it is probable that the child will continue on to university. The plaintiff seeks the conventional award of $35,000 and I so order.

[75]         An inheritance — or the expectation of one — can play two roles in a wrongful death claim: first, as a head of damages, known as “loss of inheritance,” and second, as a deduction from the overall award made to account for any benefits received by the claimant in the deceased’s estate.

[76]         The plaintiffs may say, as they do here, that they have lost a potential inheritance by the deceased’s premature death, on the basis that the untimely death of the victim has stopped her from accumulating assets that would eventually have entered her estate. The compensation is meant to replace the amount by which the deceased’s estate would have increased if she had lived.

[77]         As the court pointed out in Kwok v. B.C. Ferry Corp. (1987), 20 B.C.L.R. (2d) 318 at 361 (S.C.), a “claim of this nature is beset with uncertainty and any award must necessarily be largely arbitrary.” It is very difficult to predict what assets a person might have accumulated over their natural lifespan, how they might have dealt with them during that period, or predict how they might have dispersed them at death. The deceased may have put aside savings at one point in life only to spend them later, or invested in real estate (the matrimonial home or otherwise) only to consume the value of those assets during retirement. Catastrophes might have arisen that required the deceased to draw on savings; or perhaps the deceased would have spent the majority of her income, rather than saving, and not accumulated much in the way of assets at all. At the end of a natural lifespan she might have devised her assets entirely on her spouse, if he outlived her. The contingencies and uncertainties associated with the award are very high.

[78]         The other side of the inheritance claim is a deduction to account for any financial benefits flowing through the estate to the claimant. The amount deducted is not the actual amount received, but instead, the value of the acceleration of the inheritance — the value of the fact that the estate has come to the plaintiff much earlier than it would have done absent the wrongful death.

[79]         In many cases, these two factors cancel each other out, so that no award or deduction is made with regards to the value of an inheritance; see for example Keizer, and Boechler v. Edwards et al, 2004 BCSC 301.

[81]         Courts in British Columbia have given higher awards under this head of damages, but only where there is evidence establishing a pattern of income and savings that would support the potential for a significant estate remaining at the end of the deceased’s natural lifespan: see for example Stegmann v. Pasemko, 2010 BCCA 151 ($30,000 per child) and Duncan ($25,000 for the child).

The estimated charges of the Public Guardian and Trustee if the funds are drawn down in constant amounts is 8.4% and if held and withdrawn at age 19 is 12.7%.

For the purpose of determining the management feed the appropriate disbursal of the funds therefore is to assume 50% will be drawn down by age 19 and 50% will be left to that age. Mr. Carson calculates the fees for that scenario at 10.55%.

[94]         Interest is allowed at the court ordered interest rates and is to be calculated pursuant to the Court Order Interest Act. If issues arise with respect to the interest calculation the parties have liberty to apply.

As one can se, the calculation of damages in a wrongful death case can be very complex and requiring the assistance of experts such as economists.