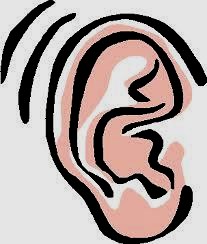 In certain situations the trustees of the trust find themselves unable to carry out the terms of the trust as stipulated, by reason of innumerable problems, some of which can be changed and repaired under the cy-pres doctrine.

Other blogs on this website involving the Cy-Pres Doctrine can be found at:

Re Fenton Estate 2014 BCSC 39 involves such a situation where the terms of the charitable trust created under a will prohibited the encroachment on capital. The trustees thus were unable to meet the minimum quota set by revenue Canada for income distribution due to low rates on investment terms. Thus the trust faced loss of its charitable status. The court exercised its cy-pres doctrine jurisdiction and permitted the trustees to encroach on the capital gains when necessary in order to meet the distribution quota.

At para. 61, the court quotes from Dr. Waters’ report as follows:

“This scheme-making power of the courts was (and is) also employed where there has been a breakdown in the administrative terms of the charitable trust, or the administrative terms in being are inadequate for contemporary needs. But perhaps the best known aspect of the scheme-making power is the cy-pres jurisdiction. This is the authority assumed by Chancery to order a ‘scheme’ when it has become impossible or impracticable for the trustee or trustees to carry out the objects (or purposes) of a charitable trust as they are set out by the creator of the trust. Provided there exists a general intent of the settlor or testator to further charitable ends, the court in these circumstances will order a scheme applying the trust fund to purposes that are as close as possible ( cy-pres doctrine ) to the original purposes.

[24]         Dr. Waters relied on English authority (Re J.W. Laing Trust Stewards’ Co. Ltd. v. Attorney-General (1983), [1984] 1 Ch. 143 (Eng. C.A.), to support his opinion that the court’s inherent scheme-making powers extended to the administration or “machinery” of a trust, and was not limited to its cy pres jurisdiction to remedy failures of charitable objects or purposes.

78.       I am satisfied that I do have the inherent jurisdiction to alter the administration, “the machinery” of these charitable trusts, and that it is so extensive as to allow the specific changes that “the agreement” accomplishes.

79.       I conclude that the use of this Court’s inherent jurisdiction to allow the distribution of both income and capital growth is a progression that comes rationally and naturally from the use of jurisdiction by the English and Commonwealth Courts.

“Agreement” here refers to the agreement between trustees and beneficiary institutions referred to above.

[26]         The court approved the proposal in spite of the fact that its approval was “… contrary to the expressed, unequivocal direction of Ms. Killam to distribute “income only’” (para. 81).

[27]         Re Stillman dealt with circumstances very much like the ones at bar. A will had established a trust from which annual net revenue derived from the residue of the estate was directed to be paid to named charities.

[28]         The court held that the testatrix there intended to create an endowment under which the residue was to be retained by the trustee and the income distributed to the charitable beneficiaries in perpetuity. The Will provided no power to encroach on capital.