Credibility: Who to Believe? 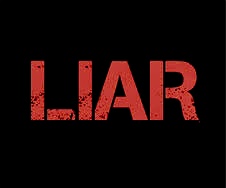 Many court cases are decided on the issue of credibility. If the court does not believe one partie’s evidence then in all likelihood that party will lose.

In Yung there were three competing versions of events presented by three main parties- Messrs. Yung, Wong and Lam.

The court found Mr. Wong’s recollection of the events to be extremely poor. He said he had no memory of most key events. His poor memory and the discrepancies between his discovery evidence and is evidence at trial being that I give little weight to his evidence.

Mr. Lam was argumentative, evasive and nonresponsive to questions. His evidence was rambling and internally inconsistent, and was therefore inherently unbelievable. It was infused by extreme animosity towards Mr. Yung and his evidence was transparently self-serving.

Mr. Yung won the case. The court found his evidence to be straightforward and internally consistent. He was subjected to extended and hostile cross-examination that bordered on abusive, with accusations of deceit and fraud. He retained his composure throughout.

In Bradshaw v Stenner 2010 BC SC 1398, affirmed in the Court of Appeal 2012 BC CA 296, the trial court provided a summary of the principles governing the court’s approach to assessing the evidence where there are significantly different versions advanced by the parties:


• credibility involves an assessment of the trustworthiness of the witnesses testimony based upon the veracity or sincerity of a witness and the accuracy of the evidence that the witness provides;

• The art of assessment involves an examination of various factors such as the ability and opportunity to observe events, the firmness of memory, the ability to resist the influence of interest to modify recollection and whether the witnesses evidence harmonizes with independent evidence that has been accepted

• whether the witness changes his testimony during direct and cross-examination

• whether the testimony seems unreasonable, impossible or unlikely

• whether a witness has a motive to lie

• the demeanor of a witness generally.

The court referred to a previous Court of Appeal decision in Faryna v Chomy 1952 2 DLR 354 which stated to the affected ultimately, the validity of the evidence depends on whether it is consistent with the probabilities affecting the case as a whole and shown to be in existence at the time.

The court stated” it has been suggested that a methodology to adopt is to first consider the testimony of a witness on a standalone basis, followed by an analysis of whether the witnesses story is inherently believable. Then, if the witness testimony has survived relatively intact, the testimony should be evaluated based on the consistency with other witnesses and with documentary evidence. The testimony of non party, disinterested witnesses may provide a reliable yardstick for comparison.

Finally the court should determine which version of events is the most consistent with the preponderance of probabilities which are practical and informed person would readily recognizes reasonable in that place and in those conditions ( Overseas Investments (1986) Ltd v. Cornwall Developments LTD (1993) 12 Alts. LR 298.