Disclaimer – “Thanks, But No Thanks” 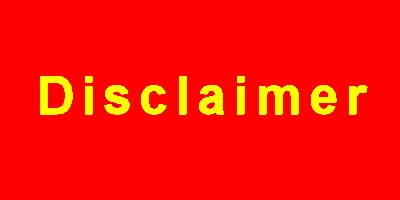 Disclaimer- Thanks, but No Thanks

What do you do when a formerly beloved relative dies, bequeathing to you a piece of swampland polluted by atomic waste?  Must you accept this “gift”?

The legal answer is clearly “No” so long as you disclaim the gift in a timely fashion before receiving any benefit or otherwise dealing with the property.

There are rare exceptions to this right of disclaimer, largely limited to situations such as where a trustee has agreed to accept a conveyance of property.

In this article we will review some situations where beneficiaries have disclaimed inheritances and the resulting legal consequences.

The legal requirements for disclaiming a gift are minimal.  A disclaimer  may be effected by contract, by deed, by writing or even informally through conduct.

The intended recipient of the gift need only renounce the interest, in effect, by saying “I will not be the owner of it“. The key is doing so before dealing with the property in any way.

This case involved an elderly man chewing tobacco on the lawn of his local Kingdom Hall.   As a result of this impropriety, the Jehovah’s Witnesses excommunicated him and a short time later he died –without having changed his will leaving everything to his church.

The church elders considered this gift and soon voted to disclaim the inheritance on the basis that it would be improper for them to accept such a gift from an excommunicated member.

When challenged in court, the court upheld the disclaimer, concluding the actions of the church elders were sufficient to disclaim the gift.   Nothing more was required.

In doing so, the court cited Townson vs. Ticknell (1819) 3 B & Ald. 31, as the authority for the proposition that an estate cannot be forced upon a person.  Further it is not necessary to go to trouble or expense to demonstrate that a gift is not accepted.

Note however the crucial question of timing.  A disclaimer may be made only before the beneficiary has derived any benefit from the assets.  Once a benefit has been taken, then the disclaimer can no longer be made. A. R. Mellows, The Law of Succession, p. 508.

Where there is a single undivided gift, the law requires the donee to either take the gift entirely or disclaim it entirely: the donee cannot take only part of the gift and disclaim the rest.

This principle is illustrated in the following cases:

2.    Green V. Britten ( 1873) 42 L.J. Ch. 187.  This involved a gift of 6 leasehold villas together with an ornamental park. The court held that this was one entire gift and the recipient could not take the villas alone and leave the park.

Retroactive to the Date of Death

Once made, a disclaimer will be retroactive to the date of death of the deceased. A beneficiary who disclaims a gift is refusing to acquire the property of another.  Thus the effect of the disclaimer is that the property is never acquired.  Re Metcalfe (1972) 3 O.R. 598.

What Becomes of the Disclaimed Gift?

Disclaimed gifts, unless there is a gift over, will fall into the residue of the estate.  Where a gift of the residue is disclaimed, in the absence of a gift over then an intestacy results.   If no contrary intention appears in the will, the disclaimed residue will pass on an intestacy. Re Stuart (1964) 47 W.W.R. 500(check Cite)

Where an intestacy occurs, the next of kin are to be determined, prima facie, as of the date of the testator’s death unless there is sufficient indication in the will to some other effect: McEachern v. Mittlestadt (1963) 46 W.W.R. 359.

Disclaimer Not a Fraudulent Conveyance

In Mulek v. Sembaliuk ( 1985) 2 W.W.R. 385,  a couple married and had four children.  Ten years later the husband’s father died leaving him an inheritance.   Following the death, the parties commenced divorce proceedings.   The husband ran up significant arrears of maintenance and alimony.

The husband disclaimed his interest in his father’s estate which prevented his wife and children from attaching these funds to satisfy the maintenance claim.

At trial the wife was granted an order setting aside the husband`s disclaimer on the basis that it was a fraudulent conveyance.

The Court of Appeal granted the husband’s appeal, holding that a disclaimer does not convey property, rather it avoids the gift being conveyed in the first place.  The husband had no obligation to accept the bequest, in spite of his obligation to support his dependants.   The husband did not convey property by disclaiming his interest thus this disclaimer could not be categorized as a fraudulent conveyance.

In the Bank of Nova Scotia v. Chan, 68 C. B. R. ( N.S.) 118,  five will beneficiaries were named as co defendants in an action brought by a judgment creditor of one beneficiary who disclaimed his interest.  The creditor alleged that the debtor defendant, by disclaiming his interest, had conveyed this interest with the intent to defeat or defraud creditors.

Once more the court held that a disclaimer of a beneficiary`s entitlement under a will is not a conveyance and therefore not covered by the Fraudulent Conveyances Act.

The court went on to say that should it be found that the defendant had received some form of kickback for giving up his interest, then that would be an assignment of interest rather than a proper disclaimer.  Such an assignment might very well be a fraudulent conveyance.

A disclaimer may result in the acceleration of subsequent interests, thus permitting future heirs to take immediately.

Blacks Law dictionary, revised 4th edition, 1968 defines acceleration as “the shortening of the time from vesting in possession of an expectant interest– hastening of the enjoyment of an estate which was otherwise postponed to a later period“

The recent decision Clarke v. Di Bella 2010  BCSC 505 is a good example of such an acceleration which effectively wound up a lengthy trust.

Mrs. Bushby died in July 2007, leaving a will and an estate valued at $600,000.  Her will created a trust with a life interest for her only niece with the residue divided equally among those of the daughter`s nieces/nephews alive at the time of her death.   The will also provided that if any of those nieces/nephews predeceased the this niece, and they themselves had children, then their children would receive their parent’s share.

The niece was middle aged and had 3 nieces/nephews who, at the time of the hearing,  were 28, 26 and 23 years of age.  None had any children of their own.

The niece and her 3 nieces/nephews brought an action jointly, in which the daughter sought to renounce her interest in the trust and to have the property vest immediately and absolutely in her nieces/nephews equally.

The application was opposed by the Public Guardian who took the position that the acceleration would improperly extinguish the contingent interests of unborn beneficiaries of the will.

The court set out four clear principles relating to acceleration:

a) acceleration is presumed unless there is an indication to the contrary;

b) in assessing whether there is any intention to the contrary, the court must look at both the instrument and the surrounding circumstances;

d) the intentions must be viewed, as nearly as is possible, from the perspective of the testator, applying an objective standard.

The court held that while it is clear that the testatrix intended to provide for her daughter, there is nothing to suggest that the daughter could not disclaim that benefit and provide immediately for the ultimate beneficiaries upon her death.

The court held that the aunt was free to disclaim her entitlement thus accelerating her nieces/nephews’ interests in the estate.   Each niece/nephew thus  inherited one third of the estate upon attaining the age of 25 years (the age stipulated by the testatrix).

The Clarke V. DiBella decision is an excellent example of the court  permitting the a beneficiary to disclaim her interest, in order to accelerate the passing of an absolute interest to her own children.