The Equitable Doctrine of Rectification 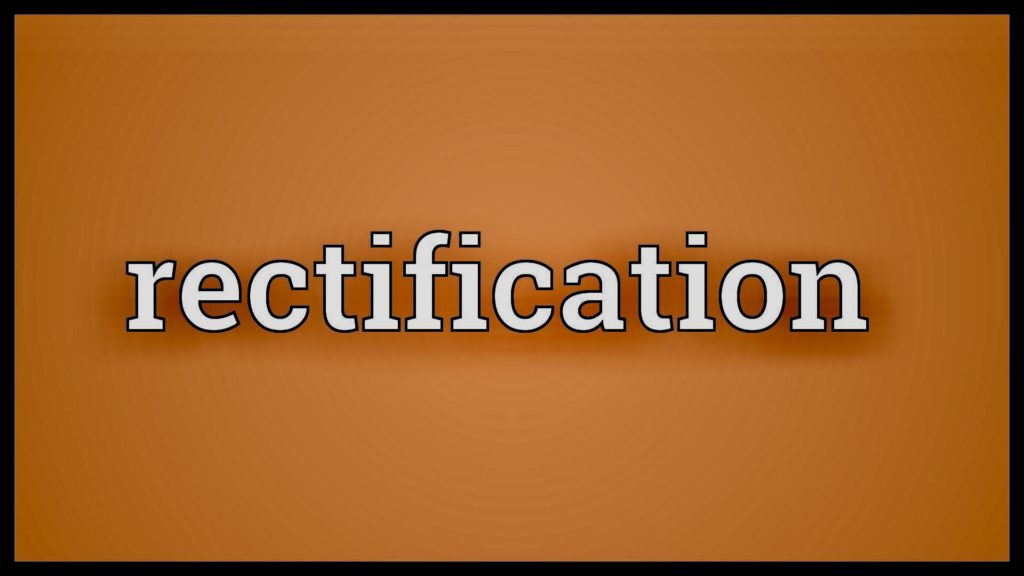 Rectification is an equitable remedy that can be granted were a mistake, either mutual or unilateral, has been made a legal document that does not accord with the true intention of the parties.

Rectification is not a do over and like many equitable remedies, is only granted in specific and exceptional cases. It will not substitute a better judgment or proper due diligence, and requires strong evidence in order to for a court to exercise its equitable jurisdiction.

“ rectification is concerned with contracts and documents, not with intentions. In order to get rectification it is necessary to show that the parties were in complete agreement on the terms of their contract, but by an error wrote them down wrongly, and in this regard, in order to ascertain the terms of the contract, you do not look into the inner minds of the parties, into their intentions, any more than you do in the formation of any other contract.”

That’s rectification is not a way to retroactively allow one party to change a subsequently recognized error of judgment by one or both parties, nor is it to be used as a substitute for due diligence and the importance of written contracts to commercial activities.
Rectification is typically used to remedy clerical errors such as incorrectly describing the legal description of land.

There are two types of mistakes that can be remedied by rectification- mutual mistake and unilateral.

The legal test for rectification of mutual mistakes was described by the Supreme Court of Canada in Attorney General Canada v Fairmont hotels 2016 SCC 56:

1. rectification is available where it is established that the written agreement, which is purportedly still in effect, does not accurately record the parties agreement;
2. it is not available to rectify the agreement itself such as when the parties say that the agreement is lead to unintended or unexpected results
3. the quality of evidence, must be clear convincing and cogent;

There are demanding preconditions that are required to rectify a unilateral mistake:

1. that the party resisting rectification knew or ought to of known about the mistake
2. and that permitting the party to take advantage and mistake would amount to fraud or the equivalent of fraud