Exclusion of a Party at Trial or Discovery 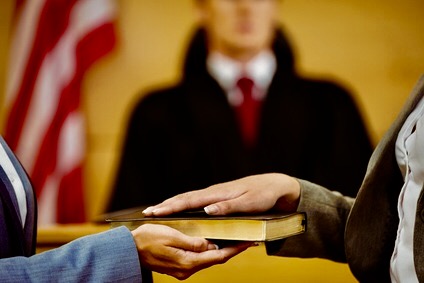 Generally speaking a party to an action has the right to attend the entire trial or the examinations for discovery of other parties to the action and exclusion of a party is an uncommon event, but appropriate in some circumstances.

The BC Court of Appeal case Sisson v. Olson 1 W.W.R. (N.S.) 507  discusses this and it is the dissenting decision that is often reported. Some jurists have found the test in BC to be lower than  in other jurisdictions. The recent Ontario case of Lazar v TD general Insurance co 2017 ONSC 1242 is also cited later in this blog.

Sisson stated that  the Appellants had as much right to attend each other’s examination as they had to remain in court and listen to each other’s testimony at the trial itself. Acceptance of this conclusion does not deny jurisdiction in the court at the trial, or in the presiding judicial official at any stage of the proceedings, to order the physical exclusion of a party should a violation of an essential of justice occur or be threatened, if exclusion is not directed. What may constitute such a violation depends on the situation in each case appraised in its own atmosphere, see Bird v. Vieth (1899) 7 B.C.R. 31 (C.A.), 34 Can Abr 1264.1

The ground on which this appeal should be allowed is that the registrar appears to have ordered exclusion merely because it was asked for. This practice is not permitted by the authorities. He must exercise a discretion, and here he does not seem to have done so.

The minority decision of the appeal court stated :

The onus on a party of showing why an opposite party should be excluded either at a trial or on discovery while his co-party testifies is not a heavy one and is lighter on discovery than at a trial, since the possibility of injustice from exclusion is more remote. Even at a trial, the chance of injustice being done in this way is extremely small. But in many cases the chances of injustice to the opposite party from refusal to exclude may be very substantial. The benefit of any real doubt should be given to the party asking for exclusion. If from the pleadings or otherwise it appears that the examinations of the co-parties will cover the same ground, and that their credibility will be a factor, then their exclusion should be ordered.

37      The minority decision in Sissons was followed in Rando, as already noted, and in a decision of Rutherford J.: Karamanokian v. Assad, [1992] O.J. No. 2284 (Ont. Gen. Div.) (QL) [Karamanokian]. Both Rando and Karamanokian were decided before Liu Estate. There have also been cases decided since Liu Estate, where no mention is made of Lui Estate; for example Lipischak v. DeWolf, [2008] O.J. No. 4918 (Ont. S.C.J.) (QL), per Caputo J. [Lipischak] and Atlas Corp. v. Ingriselli, 2010 ONSC 3678 (Ont. S.C.J.), per Lauwers J. (as he then was), which followed Lipischak. In both of those cases, the competing lines of authority on the issue of the onus were reviewed and it was determined by the respective judge that the less stringent test as set out by Smith J.A. in Sissons should apply in the circumstances.

38      In my view, there is a risk that, by focusing on the question of whether a more or less stringent test should apply in deciding whether or not a party should be excluded from an examination for discovery or other pre-trial examination, the underlying rationale of a party’s right to be present at the examination is not properly considered. I prefer the language of Borins J. in Baywood, as set out above. In my view, it is preferable to focus on the competing interests and express the onus as that the party seeking exclusion has to demonstrate that exclusion is necessary to meet the ends of justice.

40      I would make one qualification to the factors outlined in Besner. In my view, it is not always necessary that a party prove that it is likely that evidence will be tailored or parroted. That would be an impossible standard in most cases. Depending on the existence of the other factors, a risk that evidence will be tailored may be sufficient to discharge the onus. In fact, the very existence of the other factors may lead to a reasonable inference that there is such a risk.

It is difficult to imagine how the applicant could establish in evidence directly, a probability that one other of the respondents would tailor his evidence if he had access to the evidence of the others before being cross-examined. While in rare circumstances that might be possible, direct evidence would not normally be available to demonstrate that future probability. It seems to me to be a matter which must be evaluated in the circumstances of the case and the issue or issues to be determined in the litigation.

42      Parties are presumed to tell the truth when they testify under oath. Given the reality that there will seldom be any direct evidence of a propensity to tailor evidence, in my view, inferences will have to be drawn from other factors, such as those identified in Besner. In light of the factors that are found to be present, consideration should be given to whether or not there is a risk that evidence will be tailored if an exclusion order is not made.

43      Credibility is a factor in most litigation. The concern in cases where credibility will be the central issue in the action and co-parties intend to be present for the discovery of the other, however, is that a party’s evidence might be affected by hearing the questions asked of the other party and the answers provided. This concern is greatest when the other factors identified in Besner are present.