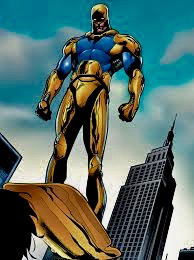 Stanford v Murad 2021 BCSC 130 dealt with a legal dispute involving a demented person who is likely under a legal disability, and thus required a litigation Guardian.

The 89-year-old plaintiff’s litigation Guardian had fallen very dependent on the defendant, and possibly had married her. He no longer wanted his children to look after his financial affairs, and instead wanted the defendant as he did not believe that she would take his money without asking. There was evidence that the defendant had isolated the plaintiff and had prevented him from seeing than communicating with others.

An application was made by the aged to remove his litigation Guardian and/or declare that he was not a person under a legal disability.

There was evidence that the aged plaintiff had a long history of psychiatric disorders, including brain lesions, depression, concussions, severe strokes and severe dementia.

The court found that there is evidence that raised significant concerns about whether the aged plaintiff was under a legal disability, that is whether he was incapable of exercising judgment in relation to claims in the lawsuit as a reasonable person would be expected to do.

Because there was conflicting evidence, the court found that an independent medical opinion was needed, and thus ordered for the purpose of providing a medical opinion to the court regarding whether the aged plaintiff was capable of instructing counsel in exercising judgment in relation to the claims in issue, and possible settlement, as a reasonable person would be expected to do.

(a) the person to whom the certificate relates is an infant or mentally incompetent person, giving the grounds of that knowledge or belief, and if the person to whom the certificate relates is a mentally incompetent person, that a committee has not been appointed for the person, and
(b) the proposed litigation guardian of the person under disability has no interest in the proceeding adverse to that person.
(11) If it is in the interest of a party who is under disability, the court may remove, appoint or substitute a litigation guardian.

The test for whether a person is under legal disability for the purposes of Rule 20-2 is whether the person is capable to instruct counsel and to exercise judgment in relation to the claims in issue and the possible settlement as a reasonable person would be expected to do: Walker v. Manufacturers Life Insurance Co., 2015 BCCA 143 at para. 12.

A judge has discretion to take steps, including ordering a medical examination, to determine whether a litigation guardian should be appointed: Walker at para. 33; Pavlick v. Hunt, 2005 BCSC 285 at paras. 20-23.

In order to protect the best interests of the dependent adult, the litigation guardian cannot have a personal interest in the outcome of the legal proceedings: Gronnerud (Litigation Guardian of) v. Gronnerud Estate, 2002 SCC 38 at para. 20.