The Missing Hell’s Angel and the Presumption of Death 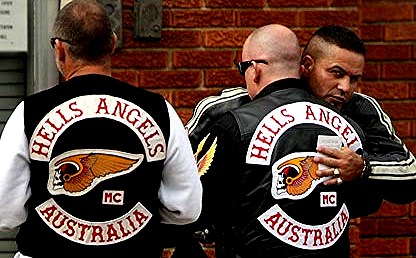 The Presumption of Death  and Missing Hells Angel

Re Burgess, 2004 BCSC 62,  in estate circles known  as the “Hell’s Angels case”, is good illustration of the practical considerations often applied by the court in presumption of death applications.

On or about January 7, 2002, Burgess, an actor and stuntman in the movie industry, disappeared . He had membership in the local Chapter of Hell’s Angels Motorcycle Club. On the date of his disappearance, he was planning to attend the regular meeting of the Hell’s Angels local scheduled for the following day.

Four days later, an RCMP constable phoned Burgess’ wife.  He told her that, based on confidential information he had received, in his opinion her husband had been killed by the Hell’s Angels. That same day, a member of the Hell’s Angels club arrived at the Burgess home and requested that his wife turn over his “colours”. Evidence was presented that it was the custom of the club to retrieve club colours when a member died, accidentally or otherwise.

The surviving wife and mother of Burgess’ two children successfully applied under the Survivorship and Presumption of Death Act for a declaration that Burgess was presumed to be dead.

The court found that on the balance of probabilities Burgess had died by misadventure.

Ms. Carmichael has outlined the law for me which is nicely summarized in the contrasting decisions of the Saskatchewan Court of Appeal in Re: Noga et al and Prudential Insurance Co. of America et al (1971), 20 D.L.R. (3d) 331 and the British Columbia Court of Appeal in Re: Martin, Martin v. Prudential Insurance Company of America et al, [1954] 1 D.L..R. 762.

In the Saskatchewan case, Mr. Noga was a widower who owned his own home and had no financial or other problems and enjoyed an amicable relationship with his daughters.  The Court found a complete absence of evidence that he had any compelling motive to disappear, and the presumption to be drawn was that Mr. Noga was dead.

[31]        In contrast, Mr. Martin had domestic as well as financial difficulties and had been drinking heavily for some 18 months.  He disappeared on a night ferry crossing to Victoria.  He had been seen intoxicated during the voyage.  He was last seen at 3:30 a.m. and described as “very despondent”.  His disappearance was reported when the ferry docked at 7:30 a.m.  Prior to that time he had given his suit coat to a companion, placed his return tickets in his companion’s purse and removed his identification from his suit coat.

[If at the end of the day] “the scales are left in equilibrium”, as between the presumption of continuing life and the presumption of death, the applicants have not discharged the onus resting upon them.  If the conflicting inferences are of equal degrees of probability, then a choice between them is one of conjecture; there must be evidence when on balance and comparing the probabilities from which it can be said that one probability is more reasonable than the other.

[34]        The Supreme Court of Canada has widened the scope for the acceptance of hearsay evidence in the “hearsay trilogy of R. v. Khan, [1990] 2 S.C.R. 531, R. v. Smith, [1992] 2 S.C.R. 915 and R. v. B. (K.G.), [1993] 1 S.C.R. 740.  The circumstances are such that I consider the police information to be reasonably trustworthy, the police officers would be disinterested, and the statements would not be made with thought of litigation in mind.  The sources are possessed of a peculiar or special means of knowledge.  And there is some consistency in the reported statements of both the police and the members of the motorcycle gang. The underpinnings of the admission of the comments of the police and the Hells Angels Club member are an necessity, which is plainly the case here, and reliability, which I find may reasonably be inferred.

[35]        The evidence satisfies me that no person has seen Rick Burgess since January 7, 2002.  The last recorded activity appears to have been at midday, that day, on his telephone.  While the evidence of events after Mr. Burgess’ disappearance are by their nature hearsay, they are in the circumstances the best evidence available and can only lead to the conclusion, that the “dark side” of Mr. Burgess’ life caught up with him and the only reasonable inference is that his life has been ended by “person unknown”..

[36]        I am satisfied on the balance of probabilities that Mr. Burgess died by misadventure.