Consolidation For Trial of Separate Actions 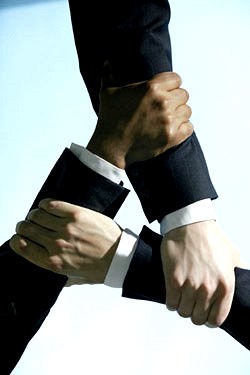 Occasionally parties commence court actions relating to the same facts and issues, and the courts will under certain circumstances order that they be consolidated for trial and pre trial matters.

Situations arise on occasion in litigation where one court action is commenced that has some overlapping “interest” with another case, and one of the parties moves to have them joined together for one common trial rather than two separate ones.

As much as that simple proposition might make common sense, there are also situations where while there might be two court actions between the same or other parties, the case to one of the parties party may be appear to be more of a “square peg in a round hole”, and thus resist the application to join them together.

1. Do common claims, disputes and relationships exist between the parties;

2.Are the actions sought to be consolidated so interwoven as to make separate trials at different times before different judges undesirable and fraught with problems and economic expense;

a) Will the order sought create a savings in pre trial procedures;

b) will there be a reduction in the number of trial days taken up by the trials being heard at the same time;

f) Will the order result in a delay of the trial of one of the actions and if so, does any prejudice which a party may suffer as a result of that delay overweigh the potential benefits which a combined trial might otherwise have

g) IF the actions are not consolidated, will this lead to inconsistent results

In Peel Financial Holdings , the court said at para 27 that consolidation may be appropriate when parties are the same ad issues are in common so that the disposition of one action necessarily disposes of the other