Without Prejudice and Blanket Privilege 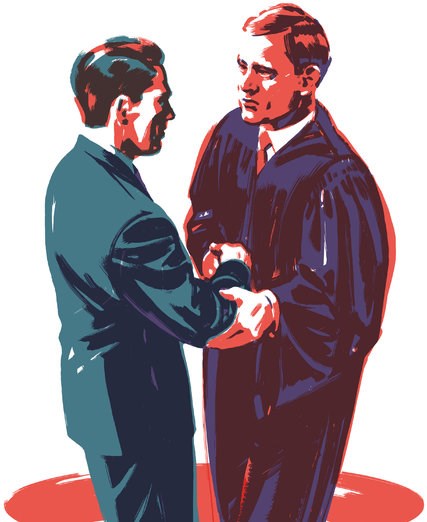 Settlement negotiations are carried out in the world of litigation by the use of without prejudice offers of settlement that have what is known as blanket privilege in that they should not be disclosed to the court.

An exception to this general rule is a line of case authorities stating that a competing public interest that outways the public interest in encouraging settlement, such as where the privilege is used as a cloak for perjury, blackmail, or other unambiguous impropriety, will set aside the privilege.

The Plaintiff  took action for damages against a law firm and its clients arising out of defamation .

The Defendants proposed an offer to settle “without prejudice.”

One letter warned that if settlement proposal was not accepted, the law firm’s clients could bring action against plaintiff alleging fraud and other misdeeds and could inform markets of alleged misconduct.

The Court held that  Settlement privilege was a blanket protection that applied whether or not settlement negotiations succeeded, but there were exceptions to general rule — Litigation privilege did not attach to egregious threats.

The  Intent of reservation of rights was to put improper pressure on entities not involved in litigation .

19. Settlement privilege is a blanket protection which applies whether or not settlement negotiations succeeded. In Middelkamp v. Fraser Valley Real Estate Board (1992), 71 B.C.L.R. (2d) 276 (B.C. C.A.), McEachern C.J.B.C. described the scope of the privilege at paras. 19-21:

19. I find myself in agreement with the House of Lords that the public interest in the settlement of disputes generally requires “without prejudice” documents or communications created for, or communicated in the course of, settlement negotiations to be privileged. I would classify this as a “‘blanket’, prima facie, common law, or ‘class'” privilege because it arises from settlement negotiations and protects the class of communications exchanged in the course of that worthwhile endeavour.

20. In my judgment this privilege protects documents and communications created for such purposes both from production to other parties to the negotiations and to strangers, and extends as well to admissibility, and whether or not a settlement is reached. This is because, as I have said, a party communicating a proposal related to settlement, or responding to one, usually has no control over what the other side may do with such documents. Without such protection, the public interest in encouraging settlements will not be served.

21. I recognize that there must be exceptions to this general rule. An obvious exception would be where the parties to a settlement agree that evidence will be furnished in connection with the litigation in which the application is made. In such cases, the public interest in the proper disposition of litigation assumes paramountcy and opposite parties are entitled to know about any arrangements which are made about evidence. Other exceptions could arise out of such matters as fraud, or where production may be required to meet a defence of laches, want of notice, passage of a limitation period or other similar matters which might displace the privilege. As we did not have argument on these matters I prefer to say nothing further about them.

[17] In Middelkamp, supra, Chief Justice McEachern said there must be exceptions to the blanket privilege for settlement communications. Notably, he referred to the proper disposition of litigation (para. 20).

[19] However, the test for discharging the burden to establish an exception should not be set too low. The public policy behind settlement privilege is a compelling one. It is so compelling that even threats arising in the context of settlement negotiations may not justify an exception: Unilever, supra at p. 2449-2450.

[20] To establish an exception in this case, the defendant must show that a competing public interest outweighs the public interest in encouraging settlement. An exception should only be found where the documents sought are both relevant, and necessary in the circumstances of the case to achieve either the agreement of the parties to the settlement, or another compelling or overriding interest of justice.