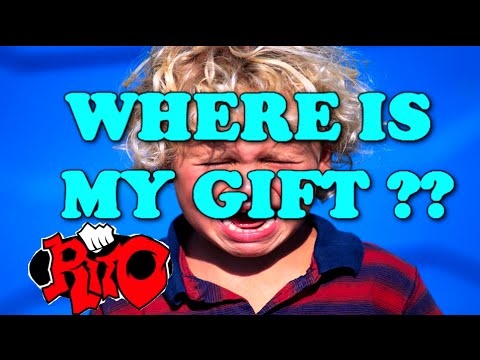 In Re Walsh 2015 BCSC 1992 the Court disallowed two gifts of $100,000 each to the children of a patient by her husband and court appointed committee. Her husband had been appointed such after Mrs. Walsh had been catastrophically injured in an accident.

The court reviewed the law on permitting a patient under the Patients Property act to make substantial gifts through the court appointed committee of the patient.

In this case the gifts were refused by the court as not being investor wisely prudent and stated:

[31]         The Court of Appeal accepted the reasoning of the chambers judge that applications regarding gifts from a patient’s estate should be governed by the standard of a reasonable and prudent business person:

[17] Moreover, given that committees are held to the standard of care of a “reasonable and prudent person of business” (Waters, Law of Trusts in Canada (2nd ed., 1984) at 758, quoted in Wood v. Public Trustee, supra, at 382), it is only logical to approach applications of this kind according to whether a reasonable and prudent businessperson would think that the proposal in question would be of benefit to the patient and his family, in light of the circumstances known at the time and that might arise in the future, and giving paramount importance to the patient’s own interest, present and future.  Making such a determination should not amount to “guesswork” as the Public Trustee suggests, and indeed is a matter on which professional advice can be sought.

[32]         Applying that approach, the Court of Appeal disagreed with the chambers judge that the proposed gifts were ones a reasonable and prudent business person would find in the best interests of Ms. Bradley and her family. The court found the chambers judge did not give adequate consideration to the needs of Ms. Bradley that could arise over the remainder of her life:

[19] In Mrs. Bradley’s case, however, those “possibilities” are quite different and the costs and benefits of the planned gifts present less clear a choice. Mrs. Bradley is only 65, not 89, and she may live for many years hereafter, notwithstanding her doctor’s prediction. During that time, her condition might improve or it might deteriorate, necessitating much more expensive care than she is now receiving. The committee’s plan is for gifts over the next several years that will diminish Mrs. Bradley’s estate from over $2,600,000 to $809,000 — a sizeable diminution. If Mrs. Bradley were to recover her mental faculties, she would find her estate in life much reduced.

[33]         O’Hagan involved different facts, but analogous legal issues. The committee in that case sought approval of an “estate freeze” of a company where his father, the 89 year old patient, was the sole shareholder. The estate had significant assets, including approximately ten million dollars in real estate and shares in the company the patient owned.

[34]         The requested estate freeze would not diminish the estate. Instead, it was a corporate reorganization with clear tax benefits. The chambers judge rejected the application. He found there was nothing in the PPA that permitted the court to approve a “tax avoidance scheme of [that] degree of complexity and sophistication”.

[35]         The application was granted on appeal. Justice Newbury concluded, at para. 9, that “the plan [was] . . . one that a prudent businessman of advanced years would see fit to undertake in order to minimize tax on his death and maximize the passing to his heirs”.

[36]         On appeal the Public Guardian had argued in favour of the necessity standard. As in Bradley, that standard was rejected on the basis that the necessity requirement was contrary to the language of the statute. While the standard was not necessity, Madam Justice Newbury cautioned that it is still a high threshold:

[23]   That being said, I would suggest that in most cases where a gift or other diminution of the patient’s estate is being proposed, a committee should be very reluctant to agree in the absence of some compelling reason (such as necessity).  Strictly speaking, the case at bar does not involve a gift or diminution of the patient’s estate:  it is simply proposed that Mr. O’Hagan’s common shares in HIL be exchanged for other (redeemable preferred) shares and that the future appreciation of the company accrue to a trust of which Mr. O’Hagan will be the sole beneficiary during his lifetime.  The transaction is not “necessary”, but will be of clear benefit to the patient’s family and is something that a reasonable businessperson of advanced years would consider prudent.  What is most unusual about the case is that the transaction can be accomplished, and the tax benefits realized, without in any way jeopardizing or diminishing the patient’s estate during his lifetime or the ability to regain control should he recover suddenly and miraculously.  In my view it would be unreasonable to withhold approval on the ground that “necessity” had not been shown.

[37]         The Court made it clear that the test is not subjective, nor should it amount to guess work: para. 24. Madam Justice Newbury emphasized the importance of the patient’s interest as well as considerations of the costs of future care:

[25]   In making such a decision, the patient’s own interests, present and future, must be given paramount importance.  Obviously, one of the future possibilities that must be considered is the contingency that the patient will recover his faculties.  Where that possibility is in fact extremely small or does not exist, it should not overshadow the more realistic considerations of cost and benefit that lie at the heart of ss. 18 and 28.  Another possibility that must be considered is the likelihood the patient’s condition will change for the worse at some point, requiring considerably greater funds for his personal care than is now the case.  Again, one of the fortunate circumstances present here is that there is and will continue to be more than whatever sum could conceivably be necessary in this regard.

[39]         Applying these principles, should the proposed gift by Mr. Walsh for the adult children be approved?

[40]         Mr. Walsh submits that the gifts are a permissible exercise of his power to act for the benefit of the patient’s family. He submits this case is distinguishable from Bradley as the gifts will not jeopardize Ms. Walsh’s current and future care. Mr. Walsh contends that Ms. Walsh will not be deprived if she recovers. She had no significant income at the time of the accident and now has substantial assets. Further, testamentary disposition would not be negatively affected.

[42]         In considering whether a reasonable and prudent business person would consider the expenditures justifiable, I accept that Ms. Walsh has more than sufficient funds to provide for her current level of care. However, the fact that she has more funds than currently required cannot, by itself, support the payment of gifts of the magnitude proposed by the committee. In my view, a prudent business person would also need to be satisfied that the gifts do not jeopardize her future care costs and that the expenditure is itself justified as being of benefit to Ms. Walsh and her family.

[43]         Madam Justice Newbury indicated in O’Hagan that a committee should be very reluctant to agree to a gift in absence of some compelling reason like necessity: para. 23. In O’Hagan, the court was presented with professional advice which indicated the proposed corporate reorganization would provide significant tax relief. The estate freeze had a clear and undeniable benefit, and the estate would not be diminished in any way. In other words, a compelling reason existed to grant the application.

[44]         I find no compelling reason exists in this case for the payment of the $100,000 gifts to the adult children. I note that there is no evidence that the adult children have a particular need for the gift, other than the money would be of assistance to them as they start their families. According to Mr. Walsh, both children have post-graduate degrees and good jobs. While I accept Mr. Walsh’s desire to provide for the children, who are two hardworking young people, a general desire to gift a large sum of money for an unspecified purpose is not a compelling reason to diminish Ms. Walsh’s estate.

[45]         The proposed $100,000 gifts are distinguishable from the wedding gifts previously made to the children. The previous, more modest gifts of $5,000 and $10,000, were for a specific purpose, and were in keeping with what a reasonable and prudent business person would approve to benefit the family, having regard to the size of the estate and the established tradition of parents contributing to their children’s weddings and buying gifts to celebrate the marriage. In my view, in the absence of specified purpose or an established tradition of giving gifts to adult children of the magnitude proposed, I am not satisfied that a reasonable and prudent business person would approve the payment of these gifts.

[46]         I also find the present circumstances distinguishable from O’ Hagan and closer to the facts in Bradley. It is of particular relevance that Ms. Walsh is only 54 years old. She may require many years of care in the future. In Bradley, the patient was in similar circumstances. Doctors had given Ms. Bradley slim, basically non-existent chances of recovery. Yet in declining the gift, it was still persuasive to the court that Ms. Bradley, at 65 years of age, could continue to live for many years, even though such an outcome was unlikely.

[47]         While Mr. Walsh deposed that her life has exceeded doctor’s expectations, I find that Ms. Walsh’s life span is uncertain. The court observed in Bradley that “[Ms. Bradley’s] condition might improve or it might deteriorate, necessitating much more expensive care than she is now receiving.” In the instant case, even though the possibility of Ms. Walsh recovering may be remote, in light of my duty to consider the interests of the patient as of paramount importance, the potential change in the costs of her future care, as well as the possibility that she will recover enough to utilize the settlement funds set aside for her, are circumstances which militate against granting the gifts of this magnitude. In that regard, I also observe there is no report from an actuary or accountant as to future care costs or the impact of the gifts on her estate. 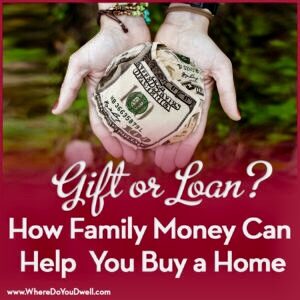 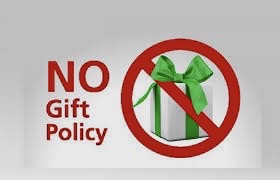