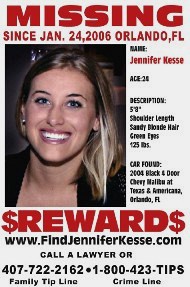 The bodies of many of the victims remain missing and may never be recovered.

Public officials have simply presumed these people to be dead.

It is one thing, however, to estimate the numbers for the purposes of reporting to the public.

It is quite another to fulfil the legal steps required to obtain a declaration that a particular individual should be officially considered dead.

These can involve everything from the preservation of assets, the administration of the estate, the right to any insurance proceeds, the entitlement of the

missing person to share in estate of a third party, to many other such questions.

When faced with a situation involving a missing person, the estate lawyer must determine which remedies may be available.  Is there is sufficient evidence to

obtain, without further delay, a declaration of presumption of death order?  Alternatively, is it possible and necessary to have a curator appointed to administer

the missing person’s affairs, until a future date when a presumption of death may be obtained?

In British Columbia the relevant legal remedies are contained in two provincial statutes.

Firstly the Estates of Missing Persons Act  discussed yesteday,which provides, inter alia, for the appointment of an interim curator.

Secondly the Survivorship and Presumption of Death Act which authorizes applications for a declaration of presumption of death.  This statute also provides for

a presumption of survivorship where two or more person die in circumstances making the order of death uncertain.  Specifically it provides that for all purposes

affecting property, their deaths are presumed to have occurred in the order of their seniority, i.e. the younger person is deemed to have survived the older

PLEASE NOTE THAT THE SURVIVORSHIP AND PRESUMPTION OF DEATH ACT WILL LIKLEY BE REPEALED IN MID 2012.

The common law underlies all statutes.  Thus it is helpful to firstly consider the common law, as it applied prior to the enactment of these statutes.  At common

law, the courts would presume a missing person to be missing only if all the following circumstances were proven:

a)  the person had been absent for at least seven years;

b) during those seven years the person had not contacted the persons he or she would normally contact;

c)  all reasonable enquiries had been made as to the person’s whereabouts; and

d) all these reasonable enquiries were to no avail.

“If a person has not been heard of for seven years, there is a presumption of law that he is dead; but at what time within that period he died is not a matter of presumption, but of evidence, and the onus of proving that the death took place at any particular time within the seven years lies upon the person who claims a right to the establishment of which that fact is essential.”

In order for the presumption of death to arise, there must be an unexplained absence.  The presumption will not arise if the circumstances are such as to

account for the absence.  However even in circumstances where the original absence was capable of explanation, that may change.  Thus an unexpectedly

prolonged absence together with no contact with family or friends may be sufficient to satisfy the absence requirement.

Where it is shown, however, that the lack of contact by the missing person was characteristic, then the presumption of death will not arise.

The degree of reasonable enquiries required to support an application will vary with the circumstances of the absence. Generally the court will require that

inquiries have been made to all the persons who might normally have heard from or of the missing persons.  In addition the court will usually require that

enquiries be made of police departments, phone records, bank records, and by advertising in the locale where the person was last known to be.

The presumption of death is limited.  It is not retrospective and there is no legal presumption as to any particular date, within the seven year period, that the

person died.  Any precise date of death must be established by the evidence.

Once the presumption is established, then the missing person will likely be declared dead unless there is evidence to rebut the presumption. Evidence likely to

rebut the presumption usually centers around possible motives for the missing person to deliberately disappear. This may involve explanations such as

criminal activity, financial or family problems. If there is an alternative explanation for the absence, this will generally prevent the presumption from arising.

To raise the presumption, the onus of proof rests with the person who will benefit from the declaration of death. (Re Lewe’s Trusts (1871) 6 Ch. App. 356.)

Proof of presumed death requires proof only on the balance of probabilities.

At common law, the presumption of death could only apply if a person were missing for at least seven years.

Apart from this presumption of death however, it has long been possible for the courts to infer death from reasonable evidence. In order to persuade a court to draw such an inference, it is necessary to provide evidence from which the court would reasonably conclude that:

a)  there could be no other reasonable explanation for the absence; and

b)  no apparent motive for the disappearance.

Such fact situations are usually linked to an act of peril at the time of the disappearance.  Examples could include disappearing while climbing Mount Everest or

disappearing during a natural disaster such as the tsunami.

At common law, it is sometimes important for succession purposes to determine whether the missing person survived to a particular relevant date.

The courts could declare that a person had died by a specified date, however the actual date of death had to be established by the evidence.  It was most often

If death is to be presumed, the court will determine the date to have occurred at some time during the seven year period after the disappearance. Courts have

stated that it is more likely that the missing persons died shortly after the disappearance than later, but there is no such presumption in law.  It is a matter of

satisfying the court based on the evidence adduced

It is likely, however, that when a person disappears in circumstances of peril, the court will conclude the death occurred shortly after the peril.

death remains on the person who claims a right for which proof of the date death is necessary.

In order for a death is to be presumed, the person bearing the onus of proof must raise a prima facie case, whereupon the burden to rebut the presumption

shifts to the person or persons who would deny the death has occurred.

Importantly, The Survivorship and Presumption of Death Act, s. 3 replaces the common law requirement of a seven year absence.  In its place s. 3 provides that

satisfies the court on a number of grounds that the person should be presumed dead.

Section 3 reads, in part, as follows:

“3 (1) If, on the application of an interested person under the Rules of Court, the court is satisfied that

(a) a person has been absent and not heard of or from by the applicant, or to the knowledge of the applicant by any other person, since a day named,

(b) the applicant has no reason to believe that the person is living, and

(c) reasonable grounds exist for supposing that the person is dead,

the court may make an order declaring that the person is presumed to be dead for all purposes, or for those purposes only as are specified in the order.

(2) An order made under subsection (1) must state the date on which the person is presumed to have died.

(3) Any interested person may, with leave of the court, apply to the court for an order to vary, amend, confirm or revoke an order made under subsection (1).

(4) An order, or a certified copy of an order, declaring that a person is presumed to be dead for all purposes or for the purposes specified in the order, is proof of death in all matters requiring proof of death for those purposes.

(5) The registrar of the court must forward to the chief executive officer under the Vital Statistics Act an order made under subsection (1) or (3) within 30 days of the entry of the order.”

Section 3 thus permits a court to make an order that a person shall be presumed dead for all purposes, or only for those purposes that are specified in the

order. This allows the court to satisfy immediate needs without prejudicing the interests of other parties.

The presumption may be rebutted by contrary evidence.

Further, Section 2 of the Act reads as follows:

“2 (1) Except as provided in subsections (2), (3) and (4), if 2 or more persons die at the same time or in circumstances that make it uncertain which of them survived the other or others, those deaths are, for all purposes affecting the title to property, presumed to have occurred in the order of seniority, and accordingly the younger is deemed to have survived the older.

(2) This section is subject to section 72 of the Insurance Act.

(3) Subject to a contrary intention appearing by the instrument, if

(a) an instrument contains a provision for the disposition of property operative in any one or more of the following cases, namely, if a person designated in the instrument

(i) dies before another person,

(ii) dies at the same time as another person, or

(iii) dies in circumstances that make it uncertain which of them survived the other, and

(b) the designated person dies at the same time as the other person or in circumstances that make it uncertain which of them survived the other,

then, for the purpose of that disposition, the case for which the instrument provides is deemed to have occurred.

(4) Subject to a contrary intention appearing by the will, if

(a) a will contains a provision for a substitute personal representative operative in any one or more of the following cases, namely, if an executor designated in the will

(i) dies before the testator,

(ii) dies at the same time as the testator, or

(iii) dies in circumstances that make it uncertain which of them survived the other, and

(b) the designated executor dies at the same time as the testator or in circumstances that make it uncertain which of them survived the other,

then, for the purpose of probate, the case for which the will provides is deemed to have occurred.

The exception stated in Section 72 of the Insurance Act reads as follows:

If not rebutted, the effect of the presumption is that the younger person would inherit from the older under the latter’s will or on an intestacy.

An interesting illustration of the operation of these presumptions is found in the case of Leach v. Egar and Public Trustee 1990 38 E.T.R. 65.  In that case a

divorced mother and her children were lost at sea and presumed dead.  The trial judge ruled that the father and former husband was entitled to indirectly inherit

The court applied s.2 of the Survivorship and Presumption of Death Act and determined that the mother died first and then the children.  Because the mother

surviving father.  In this decision the B.C Court of Appeal upheld the trial court’s decision saying that it was not contrary to public policy to permit this inheritance.