Partition and Sale of Property Refused

In Kane v. Hanslo 2017 BCSC 2393 a claim for Partition and Sale of property was referred to the trial list rather than being decided at a summary trial.

In 2011 the deceased transferred a 50% interest in a 42 acre property he owned to the respondent in joint tenancy.

The respondent claimed that he received the interest in exchange for a promise to assist the deceased with his troubled financial situation by converting the property into a farm.

In 2013 the deceased changed his mind and transferred his remaining half interest to himself, thereby severing the joint tenancy and creating a tenancy in common.

The deceased claimed that he never intended to convey the beneficial ownership of the property and that he was manipulated in doing so through the respondent’s exercise of undue influence.

The court action was still pending with the deceased died intestate in 2014.

The petitioner applied for an order for partition and sale, but the petition was dismissed and the matter referred to the trial list.

The court held that the pending trial of the action constituted “good reason” within the meaning of section 6 of the Partition of Property act not to order a partition and sale at this stage. It was therefore neither “necessary nor expedient” for the property be sold at this time.

The court held that it was necessary for the matter to proceed to trial to clarify the rights of the parties before it was determined what the property should be sold and if so, on what terms.

The court followed the reasoning in Lagoski v Shano 37 ETR (3d) 141 that had many parallels to the subject case. The court had ordered partition and sale of property that had been transferred back and forth between the donor and donee, on the basis that the allegations raised the triable issue that should not have been decided summarily, given the conflicts in the evidence.

The Lagoski case raised issues of mental capacity and undue influence with respect to the transfer of the property into joint tenancy that was subsequently severed.

If the party was to succeed in establishing that the transaction severing the joint tenancy was the product of undue influence or lack of mental capacity, such a finding would rebut the presumption of indefeasible title under the land title act. 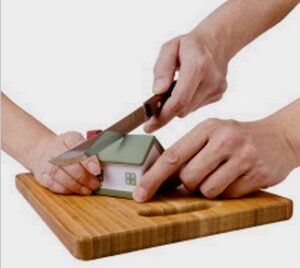