Attorney Cannot Sell to Himself Using Power of Attorney 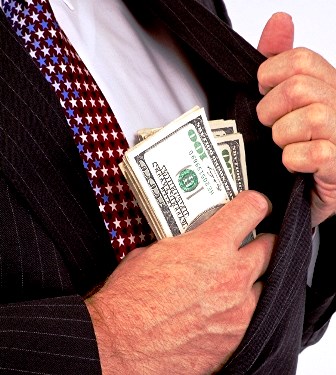 An attorney cannot sell transfer our charge of parcel of property in favour of himself or herself, and any such transfer or charge is deemed not valid unless the power of attorney expressly authorizes it or the principal ratifies it.

This is both pursuant to the law of breach of fiduciary duty, as well as section 27 of the Property Law act RSBC

50      It is well established that the attorney acting under a power of attorney is bound to the duties enunciated on the face of the instrument granting the power. In this case, the power of attorney remains exercisable during periods of capacity and mental infirmity. A condition requires the attorneys to provide the donor with regular accountings at any time they assist him in his financial affairs.

McMullen v McMullen 2006 BCSC 1656 is an example of a court decision where section 27 of the Property Law act, together with breach of fiduciary duty, was used to set aside a transfer made by an attorney without ratification by the principal.

The court stated the following law with respect to this issue:

[I]t is well established that the attorney acting under a power of attorney does so in a fiduciary relationship with the donor and that, in addition to whatever duties may be enunciated on the face of the instrument, even where the attorney acts gratuitously he or she has a duty to account, to exercise reasonable care as would a typically prudent person managing his or her own affairs, and not act contrary to the interests of the donor.

53      In most cases involving allegations of a breach of duty regarding the use of a power of attorney, the issues stem from transactions where property was transferred from the donor to the attorney. Under s. 27 of the Property Law Act, any such transaction is not valid unless the power of attorney expressly authorizes it or the principal ratifies it. An unauthorized transaction will constitute a breach of fiduciary duty despite good intentions by the attorney: Egli (Committee of) v. Egli, supra.

Attorney cannot sell to himself or herself

Validity of sale, transfer or charge by attorney to self

“agreement” means an enduring power of attorney made under Part 2 of the Power of Attorney Act;

“attorney” means a person named in an enduring power of attorney as an attorney.