An attorney under a power of attorney is in a fiduciary relationship as discussed in Robillard v Bandick 2015 BCSC 1417. 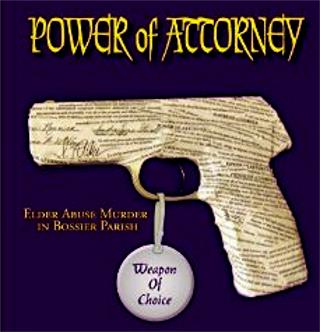 The case is a good explanation of both the proper and improper uses of a power of attorney, as well as an explanation of the law relating to that of fiduciary duty, both of which play a large part in estate litigation.

The facts are common.

One child acts as power of attorney for the aging and declining  parent and simply helps himself to her monies both before and after death.

The Court examined the monies taken and ordered the attorney to repay them and credited his sister with one half in the estate assets and pursuant to the deceased’s will leaving everything equally between the two children.

Subject to its terms, a POA permits the attorney to deal with the legal and financial affairs of the donor. That power and the duty that flows from it is enhanced when the donor becomes incompetent: Egli v. Egli, 2004 BCSC 529 at para. 80. The Court described the nature of the duty of an attorney in the following terms:

It is the attorney’s duty to use the power only for the benefit of the donor and not for the attorney’s own profit, benefit or advantage (Chapman). The attorney can only use the power for his or her own benefit when it is done with the full knowledge and consent of the donor (Robertson, Mental Disability and the Law in Canada at 183). I am not aware of any authority that detracts from this principle in circumstances where the benefit is conferred on family members.

In Sangha (Re), 2013 BCSC 1965, I acknowledged that an enduring POA creates a fiduciary relationship between the person making the POA and the attorney:

It is not disputed that the relationship of a donor and his attorney under an enduring POA is a fiduciary relationship … As such the attorney in agreeing to the appointment has accepted the obligation to act in the interests of the donor. In Hospital Products Ltd. v. United States Surgical Corporation, [1984] H.C.A. 64, 156 C.L.R. 41 (Aust. H.C.), Mason J. stated:

The standard of care of a fiduciary acting under a power of attorney was described in Andreasen v. Daniels-Ferrie, 2001 BCSC 1503, as follows:

… in addition to whatever duties may be enunciated on the face of the instrument, even where the attorney acts gratuitously he or she has a duty to account, to exercise reasonable care as would a typically prudent person managing his or her own affairs, and not act contrary to the interests of the donor.

The Power of Attorney Act, R.S.B.C. 19996, c. 370 [POAA] sets out various duties applicable to a person acting under an enduring power of attorney:

(b)        exercise the care, diligence and skill of a reasonably prudent person,

(c)        act within the authority given in the enduring power of attorney and under any enactment, and

(2)        When managing and making decisions about the adult’s financial affairs, an attorney must act in the adult’s best interests, taking into account the adult’s current wishes, known beliefs and values, and any directions to the attorney set out in the enduring power of attorney.

(a)        to the extent reasonable, give priority when managing the adult’s financial affairs to meeting the personal care and health care needs of the adult;

(b)        unless the enduring power of attorney states otherwise, invest the adult’s property only in accordance with the Trustee Act;

(d)        not dispose of property that the attorney knows is subject to a specific testamentary gift in the adult’s will, except if the disposition is necessary to comply with the attorney’s duties;

(e)        to the extent reasonable, keep the adult’s personal effects at the disposal of the adult.

(4)        An attorney must keep the adult’s property separate from his or her own property.

The Power of Attorney Regulation, B.C. Reg. 20/2011 [POA Regulation] imposes various record-keeping obligations on attorneys acting under an enduring power of attorney. The attorney must make a “reasonable effort” to identify the property and liabilities of the person who made the power of attorney as of the date on which the attorney first exercised authority on that person’s behalf: s. 2(1). The attorney must also maintain a current list of that person’s property and liabilities (s. 2(2)(a)), accounts and records relating to exercise of the attorney’s authority (s. 2(2)(b)), and all records necessary to create full accounts of receipt or disbursement of capital or income on behalf of the person who made the power of attorney (s. 2(2)(c)).

The POAA also deals with the payment and expenses of an attorney, providing that no compensation shall be paid to the attorney unless the enduring POA “expressly authorizes the compensation and sets the amount or rate”: s. 24(1). However, s. 24(2) provides for reimbursement of an attorney for “reasonable expenses properly incurred” in acting as the attorney.

Turning to the duties of an executor, the personal representative who winds up the estate of a deceased person is obligated to gather in the assets of the deceased, to arrange for payment of funeral and testamentary expenses and debts and then to distribute the remaining assets among those who are entitled to receive them. That latter obligation in this instance is to distribute the assets in accordance with the Will. In Waters’ Law of Trusts in Canada, 4th ed. (Toronto: Thomson Reuters Canada Limited, 2012) the nature of the personal representative’s role is summarized as follows (at 48-49):

It is evident at once that the personal representative has a role very like the trustee. He steps into the shoes of the deceased, title in both personal and real property vests in him, and his duties require him to act disinterestedly for the creditors of, and successors to, the deceased. A trustee, and the personal representative also, even if he is not appointed by the court, must be prepared to account for his acts to the court, as well as to the claimants under the will or intestacy.

Accordingly, both for historical reasons and because of the similarity of roles, the trustee and the personal representative are fiduciaries. This requires of each that he act disinterestedly, that he derive no profit through his office other than that which the settlor, the deceased, or statute has conferred upon him, and that he delegate only the administrative duties of his office, reserving to himself all those decisions that involve the disposition of property. The trustee or the executor derives his instructions from the instrument of another, and each is essentially carrying out his instructions for the benefit of others.