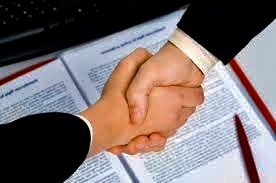 A Claim For Interest In Property Verbally Promised Years Before, Was Upheld By Court As  An Agreement

Verbal promises to provide property years in the future, in return for services  for the life of the promissor, are increasingly common in estate litigation.

Such arrangements, usually made between loved ones, and  with the best of intentions, can go “sideways” very easily, simply due to the vagaries of life.

(The decision contains an exhaustive review of the equitable principle of proprietary estoppel, which I will reproduce in the February 10.13 blog)

The Testator was involved in a common law relationship with plaintiffs’ grandmother for approximately 40 years.

During the relationship, the  testator purchased a farm and cottage, and ran various businesses .

The Testator and plaintiffs had a close relationship, substantively as grandfather and grandchildren

the Plaintiffs claimed they entered agreement with testator in 1985, when they were 17 and 13, that in exchange for their ongoing assistance with farm and

cottage testator would leave them properties, and money for maintenance, on his death

The Plaintiffs assisted the testator with maintenance and improvements to both properties over next 25 years ,and on his death in 2009, the  testator left three wills:

The  Plaintiffs brought action against estate for interest in farm and cottage.

The action was allowed

From the time of the 1985 agreement, the  testator and the plaintiffs unequivocally ordered their affairs with each other on basis of agreement .

The witness testimony was evidence of testator’s actions, and was corroborative of 1985 agreement .

The 2001 will was also corroborative of existence of agreement, despite changes made in 2003 will and codicil .

The contract was one which, if it were properly-evidenced by writing, would have been specifically enforceable .

The  Testator had made representations on numerous occasions, over course of years, and in front of third parties.

The Testator’s representations were clear and unequivocal and at all times related to farm and cottage .

No question arose that plaintiffs had relied on representations made by testator in 1985 to their detriment, often subordinating their lives to testator’ s wishes and demands.

The plaintiffs were granted interest in farm and cottage, but purported transfer of funds claimed by plaintiffs lacked necessary corroboration