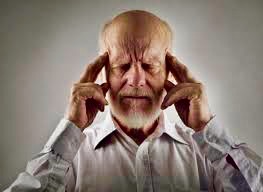 An epidemic of dementia disease is predicted to occur within the next 15-20 years.

The most common types of dementia disease such as Alzheimers, frontotemporal dementia, vascular dementia, and Lewy Bodies are expected to dramatically increase by %50  over the next 15 -20 years as our population ages. Dementia is often present in various estate disputes such as lack of mental capacity when signing a will or power of attorney.

The implications of a dementia are substantial for the patient and extremely far-reaching, not only for the patient, but also for the family.
Family members often assume the role of caregivers or guardians, which can be a complete role reversal from previous years.
It is important to remember that patients with dementia usually do not fully understand their diagnosis, prognosis, and treatment options. The family members must be trained regarding the patient’s safe housing and  care.
Because of the lack of personal insight, the demented person may not fully understand that certain activities will no longer be safe for them to do, such as driving or using power tools.
Behavioral problems such as agitation or aggression are often common in patients with dementia, and  can  cause burnout amongst family members who are burdened with their care.

Alzheimers is perhaps the most well known type of dementia but several types of dementia exist.

By definition a dementia constitutes impairment of at least one dominant domain of cognitive function ( such as abstract thought, executive functioning, language, or visual/spatial skills) that results in daily activity  impairment. The diagnosis of dementia requires the exclusion of other cognitive impairments such as delirium and depression.

Many seniors are affected by depression and the cognitive effects of depression can vary in scope and severity and may ultimately result in dementia, but its effects can often be reversed. Dementia and depression often frequently co -concur in seniors.

There is both cortical and sub cortical dementia. Cortical dementias are typically progressive and degenerative and ten to be associated with impaired language skills ( aphasia), perception, reasoning, problem solving, and recall.

By contrast sub cortical dementias  may be  progressive, static or reversible and are associated with cognitive slowing, emotionality, such as apathy or depression, and deficits in attention, arousal, and processing speed.

Alzheimer disease is the most common type of dementia that affects approximately 1/3 of persons aged 85 years or older in the United States.
One of its telltale characteristics a short term memory loss, coupled with impaired judgment, confused or vague speech, and poor insight.
The aspect of poor insight commonly causes patients to think there is not much  wrong with their memory or health as their social skills are often preserved with patients often being described as “pleasantly confused”.
As the disease progresses, however the patient often exhibits changes in personality, agitated behavior or both.
The typical disease course from symptom onset to death is 6 to 9 years.

The disease typically occurs between the ages of 50 and 60 years and is slightly more common in men.
The disease presents with a cognitive profile marked by prominent impairment of attention, Visuospatial functioning and executive function.
The patient typically is more demented in his or her attention spatial ability rather than the prominent short-term memory loss of Alzheimer’s disease.
Visual hallucinations may also occur.

This is the third most common form of dementia, whose onset most commonly occurs between ages 50 and 60 years, but can be 15 years earlier or 15 years later.
The most striking feature that brings the patient to clinical attention is a notable personality change with poor insight.
The behavior is typically impaired social conduct, poor impulse control, sexually inappropriate comments or behaviors, in violation of interpersonal space.
Depending on where the disease occurs in the frontal lobes, the behavior can also manifest itself as passivity, poor personal hygiene and mimicking behaviors.
This type of dementia rapidly progresses over a 5 to 10 year course.

After Alzheimer’s, vascular dementia is the second most common type of dementia, accounting for 10 to 50% of all cases of dementia among adults 65 years or older. It is often referred to as cognitive impairment caused by strokes or mini strokes.
Impairment in vascular dementia ranges in its severity and type depending on the degree of tissue damage to the small blood vessels.
Hypertension and diabetes are significant risk factors that can lead to vascular dementia.

Dementia Due to Parkinson Disease

Patients with Parkinson disease can develop slowly progressing dementia that usually occurs in the latter stages of the disease, typically about 10 years after its onset.
For patients with dementia due to Parkinson disease, the incidence of dementia it will increase with the greater physical impairment, and the dementia is more pronounced when rigidity is the most prominent  symptom and less pronounced when tremor is the most prominent symptom.
The cognitive profile is notable for predominant executive dysfunction as well as impairment in them in attention and memory.
Approximately 1/3 of Parkinson patients will develop this dementia, which will increase to almost 50% after 15 years from the initial onset of Parkinson disease.