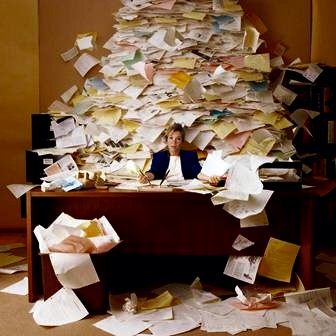 Document production in litigation in BC is now under the new rules in effect since 2010 to initially only producing documents necessary to prove a material fact.

The new rule for production of documents was discussed in Biehl v Strang 2010 BCSC 1391.

Rule 7-1(1) states:
(1) Unless all parties of record consent or the court otherwise orders, each party of record to an action must, within 35 days after the end of the pleading period,
(a) prepare a list of documents in Form 22 that lists
(i) all documents that are or have been in the party’s possession or control and that could, if available, be used by any party of record at trial to prove or disprove a material fact, and
(ii) all other documents to which the party intends to refer at trial, and
(b) serve the list on all parties of record.

The assumption appears to be that in many, if not most cases, such production will be sufficient. This change in scope is consistent with Rule 1-3(2) which provides:

Proportionality
(2) Securing the just, speedy and inexpensive determination of a proceeding on its merits includes, so far as is practicable, conducting the proceeding in ways that are proportionate to
(a) the amount involved in the proceeding,
(b) the importance of the issues in dispute, and
(c) the complexity of the proceeding.

[15] Rule 7-1 (14) does provide for wider disclosure upon application to the court including documents “relating to any or all matters in question in the action”.

The previous Rule 26(1) was broadly interpreted in accordance with the test described in Compagnie Financiere et Commerciale du Pacifique v. The Peruvian Guano Company (1882), 11 Q.B.D. 55 (C.A.), in which the Court of Appeal stated at 62-63:

In other words, the requirement that the disclosure relate to a material fact limits the breadth of what is relevant.

… any two facts to which it is applied are so related to each other that according to the common course of events one either taken by itself or in connection with other facts proves or renders probable the past, present, or future existence or non-existence of the other.

Pratte J. in R. v. Cloutier accepted a definition from an early edition of Cross on Evidence:
For one fact to be relevant to another, there must be a connection or nexus between the two which makes it possible to infer the existence of one from the existence of the other. One fact is not relevant to another if it does not have real probative value with respect to the latter.