Gifts In Contemplation of Death 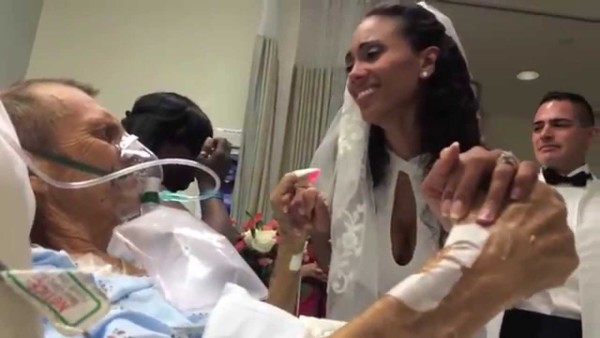 Deathbed gifts happen surprisingly often. It is relatively common for people, during their last days, to make sizable gifts to caregivers and loved ones. Frequently the purported gift is at odds with the will of the dying person. Like deathbed wills, deathbed gifts’ often result in estate litigation. In fact they occur with such frequency that section 18 of Community Care and Assisted Living Act, RSBC 2002, prohibits agents, designates and employees of licensed community care facilities from receiving any gifts or inheritances. The ethical code of nurses similarly prohibits same.

The law recognizes that a person may, in contemplation of his or her imminent death, make a gift transferring the ownership of property. Such a gift will take effect only upon the death of the donor and otherwise may be revoked. The legal expression for a gift made in contemplation of death is donatio mortis causa.

For a donatio mortis causa to be an effective gift in law, there are three requirements, namely:

1) The gift must have been in contemplation of death;

2)The donor must ensure there is delivery of the subject matter of the gift to the donee (recipient of the gift);

3)The gift must be made under such circumstances that show that gift may be revoked should the donor recover.

These principles were set out in the seminal case of Cain v. Moon (1896) 2 Q.B. 283. Although this was an English decision, it has been adopted by Canadian courts and is thus part of Canadian law.

Accordingly a donatio mortis causa is a gift made by a person inter vivos (during his or her life) with the intention that the gift should take effect only upon death. The gift is therefore conditional upon death. Once death occurs, however, the gift takes effect retrospectively and is effective from the date that the gift was initially made. Such gifts are a recognized exception to the general rule requiring all testamentary gifts conform with the provisions of the Wills Act.

The origins of donatio mortis causa are found in Roman law, where they were used to avoid the formal requirements of the law relating to the valid execution of wills.

The Supreme Court of Canada has described donatio mortis causa as a sort of “amphibious gift, between a gift made inter vivos and a legacy left in a testator’s will”. This description is found in McDonald v. McDonald (1903) S.C.R. 145 at page 161.

Donatio mortis causa need not be proved as testamentary gifts under the deceased’s estate i.e. there are no formal requirements for execution as there are for a will. Nevertheless any person claiming to benefit from such a gift bears a heavy onus of proof. In order to give effect to the purported gift, the courts will require clear and unmistakable proof that the deceased intended to give the property donatio mortis causa. Often the courts will specifically require evidence to corroborate the deceased’s intention.

In this paper I will review some of the leading Canadian cases dealing with the doctrine of donatio mortis causa.

In the 1993 B.C. Supreme Court case Slagboom Estate v. Kirby (1993) 48 E.T.R. 219 the deceased was 88 years old when he died. His health had declined rapidly in the last year of his life and he had suffered many illnesses requiring frequent doctors’ visits.

About five weeks prior to his death, the deceased had deposited $42,500 in the defendant’s bank account. She was a longterm friend who provided companionship and assistance in his declining years. Shortly before the deposit, the deceased told her he wanted her to keep the money so that she could do his banking for him. At the time of the deposit, the deceased told her that he did not want his brother to have his money and that if something should happen to him, the money remaining in the account was to be hers.

A couple of weeks later, the deceased made a will leaving his entire estate to his brother, however there remained only $4500 in the estate.

In this action, the plaintiff brother sought recovery of the $42,500 alleging there was insufficient evidence that the gift was made in contemplation of death. The plaintiff claimed the deceased only intended to deposit his money with the defendant so that she could assist him with his banking.

In Morton v. Dafoe (1926) 30 O.W.N.193, the deceased was hospitalized a few days before her death. She asked for certain documents to be brought to her including money and her bank passbook. She put the passbook into a bag which she handed to the

defendant, an old and trusted friend. As she did so, the deceased said to her friend, in the presence of witnesses “keep it; it is yours if I do not come back.”

On these facts, the Court held that there had been a valid gift. The court ruled that the gift had been made in contemplation of death in circumstances showing the gift was conditional upon that death. The defendant was thus entitled to the monies on deposit with the bank as represented by the passbook.

The deceased died intestate with no next of kin. She left an estate worth nearly $1 million. During the last few years of her life, the deceased had lived alone and was frequently ill. The plaintiffs, who had known her for many years, had greatly assisted her. Before the deceased went into the hospital for the last time, she gave the keys to her safety deposit boxes to the plaintiffs saying that if she ever needed them back she would ask for them.

The day before she died, in the presence of medical technicians, the deceased told the plaintiffs they were to have everything in the boxes.

The safety deposit box contained stamps worth $2300, an RRSP receipt and the state of title certificate for her home. The plaintiffs brought an action claiming entitlement to all of these assets.

The official administrator defended the action claiming there was no effective donatio mortis causa because there had been no delivery to the plaintiffs of the subject matter of the gift.

The court found that handing over the keys to the safety deposit boxes did constitute effective delivery because the keys were essential in order to get possession of the contents of the boxes. Thus the contents of the box passed to the plaintiff as a valid donatio mortis causa. Only the stamps, however, passed in title to the plaintiffs. The court held that neither the RRSP receipt nor the state of title certificate was a valid means of effecting transfer of those assets. Therefore they ruled there was no delivery to the plaintiffs of either the land or the RRSP.

This decision was upheld on appeal.

4. Forgiveness of a Debt

The case of Re Calaiezzi Estate, 1993 Carswell Ont 2724 from Ontario illustrates the successful foregiveness of a mortgage debt. Six months before his death, the deceased had loaned the sum of $130,000 to the defendant. This debt was secured by an unregistered mortgage. Payments were made on the loan, however the deceased was heard to tell the defendant to tear up the loan agreement and that she no longer owed the deceased any money. The deceased specifically said that he was dying and the money wasn’t any good to him. The deceased directed witnesses to this conversation to find the loan agreement and destroy it, however were unable to carry out these instructions because they could not find it.

The deceased’s executors brought an action claiming the balance owing on the loan. The defendant successfully argued that the deceased had forgiven the loan as a donatio mortis causa. The court ruled the deceased knew he was dying when the gift was made and it was so closely to time of the death that the gift was conditional upon that death. The court also found delivery had occurred when the deceased instructed the witness to find and destroy the agreement.

As noted above in the Costiniuk case it appears that delivery of the state of title certificate was not sufficient delivery to be a valid donatio mortis causa.

Similarly, in Dyck v. Cardon 17 E. T. R. 54, the Alberta Court of Appeal held that delivery of keys to a house was not sufficient to complete a gift.

In fact, it would appear that the weight of Canadian judicial opinion is that real property cannot be the subject of a donatio mortis causa.

The English Court of Appeal, however, has ruled otherwise. In Sen v. Headley (1991) 2 All ER 636 the deceased handed over the keys of a steel box containing the title deeds to the deceased’s real property. The court found that in doing so “the deceased had indisputably made a gift of the house to the plaintiff in contemplation of his death to be effective on his death and his parting with the dominion over the title deeds to the house was sufficient to satisfy the third of the requirements necessary to establish a valid donatio mortis causa”

From a review of the caselaw, it is clear that the courts are open to upholding donatio mortis causa in appropriate circumstances where they are satisfied, by credible witnesses, that the three essential criteria have been proven.

Gravely ill people frequently mention such things as the forgiveness of debts or the gift of various assets. These declarations are so frequently at odds with the contents of the will it is surprising there is so little litigation involving claims of donatio mortis causa.