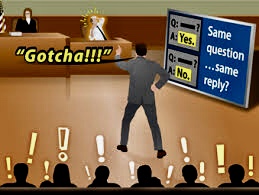 The Supreme Court of Canada summarized the law relating to the impeachment of witness credibility in the rule in Browne v. Dunn in R.v Lyttle 2004 SCC 5 at paragraph 64:

“The rule in Browne v Dunn requires counsel to give notice to those witnesses whom the cross examiner intends later to impeach. The rationale for the rule is that the cross examiner should give an opportunity of making any explanation, which is open to the witness, not only as a rule of professional practice in the conduct of the case, but that is essential to fair play and fair dealing with witnesses.”

The rule although designed to provide fairness to witnesses in the parties, is not fixed, and the extent of its application is within the discretion of the trial judge, after taking into account all of the circumstances of the case.

In R.v Quansah 2015 ONCA 237 at paragraph 77 the court summarized the fairness considerations animating the confrontation principle:

1. Fairness to the witness whose credibility is attacked: the witnesses alerted that the cross examiner intends to impeach his or her evidence, and given a chance to explain why the contradictory evidence, or any inferences to be drawn from it, should not be accepted;

2. Fairness to the party whose witness is impeached- the party calling the witness has notice of the precise aspect of that witnesses testimony that are being contested, so that the party can decide whether or what confirmatory evidence to call; and

3. Fairness to the trier of fact: without the rule, the trier of fact would be deprived of information that might show the credibility impeachment to be unfounded, and this compromise the accuracy of the verdict.

While it is often referred to as a rule, it’s legal application will depend on the circumstances of the case. The rule is not ossified, and flexible rule of universal and unremitting application that condemns a cross examiner who defaults to an evidentiary abyss.

The jurisprudence reflects that were trial fairness is unaffected by lack of cross examination, a cross examiner’s failure to confront a witness will not violate the rule in Browne v. Dunn.

This may be a case where it is clear or apparent, on considering all of the circumstances, which may include the pleadings and questions put to the witness an examination for discovery, that the witness or opposite party had clear, ample and effective notice of the cross examiners position or theory of the case. Therefore, where the other party, the witness, and the court are not caught by surprise because they are aware of the central issues of the litigation, the rule in Browne v. Dunn is not engaged.

Where the rule is engaged, a trial judge enjoys broad discretion in determining the appropriate remedy, and there is no fixed consequence for an infringement of the rule.

In Quansah at paragraph 117, the court listed the following factors that may inform the appropriate remedy:

A trial judge may diminish the weight of the contradictory evidence. Other remedies include recalling the witness, and in the jury context, giving a specific instruction to the jury about the failure to comply with the rule as a factor to consider in assessing credibility.