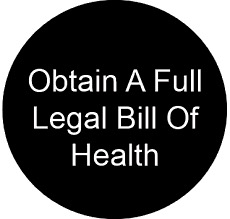 Under normal circumstances independent legal advice, if properly given should be sufficient to rebut any presumption of undue influence, but that was not the case in Cowper-Smith v Morgan 2016 BCCA 200 where the Court of Appeal upheld the trial judge in finding inter alia , that the independent legal advice provided was inadequate to rebut the presumption of undue influence.

The case should stand as a wake-up call to any practitioners dispensing independent legal advice that it must be thorough and relevant to the assessment of the question or issue before them, and to take the time and charge accordingly.

Failing to do so may expose professional liability by disappointed beneficiaries.

The Appeal Court stated as follows re the law of Independent Legal Advice:

52      The respondents also rely on jurisprudence that identifies two branches for assessing the adequacy of the independent legal advice given where an allegation of undue influence is raised: (i) advice as to understanding and voluntariness (attendance on execution); and (ii) advice as to the merits of a transaction (the wisdom of entering into the transaction). The first branch of the test requires that the independent advisor is satisfied the donor understands the transaction and enters into it freely and voluntarily. The second branch of the test requires something more than the independent advisor being satisfied that the donor understands the effect of the transaction and wishes to make the gift; it also requires that the independent advisor is satisfied that “the gift is one that is right and proper in all the circumstances of the case, and if he cannot so satisfy himself he should advise his client not to proceed.” See Cope v. Hill, 2005 ABQB 625 (Alta. Q.B.), aff’d 2007 ABCA 32 (Alta. C.A.) at paras. 210-212, citing Gold v. Rosenberg, [1997] 3 S.C.R. 767 (S.C.C.), Corbeil v. Bebris (1993), 141 A.R. 215 (Alta. C.A.), and Halsbury’s Laws of England, vol 18, 4th ed. at 157, para. 343.

54      It is common ground that findings with respect to undue influence and the intention of a party to gratuitously transfer property to another are subject to a deferential standard of review. See Boda Estate v. Boda, 2014 BCCA 354 (B.C. C.A.) at para. 72. An appellate court may not interfere with the findings and inferences of fact by a trial judge absent palpable and overriding error (see Housen v. Nikolaisen, 2002 SCC 33 (S.C.C.) at para. 10). Palpable error is one that is readily or plainly seen (Housen at para. 5); overriding error is one that must have or may have altered the result (see Van Mol (Guardian ad litem of) v. Ashmore, 1999 BCCA 6 (B.C. C.A.) at paras. 11-12).

55      The application of a legal standard to findings or inferences of fact raises a question of mixed fact and law. Where an alleged error of mixed fact and law can be attributed to the application of the wrong legal standard, element of the legal test, or error in principle, the error may be characterized as an error of law and is subject to the standard of correctness. However, if the legal principle is not readily extricable from the findings or inferences of fact, then the judge’s conclusions should not be overturned absent palpable and overriding error (Housen at paras. 26-36).