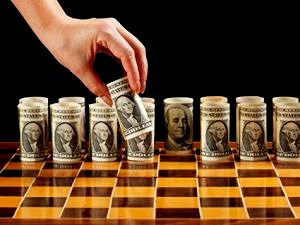 McLean v. Law Society of British Columbia 2016 BCCA 368 reviewed the law on injunctions and held that the court should only grant a mandatory injunctions when the harm complained of would probably occur.

[17]        Both declarations and injunctions, speaking as they do to actions in the always unknowable future, are uncommon relief. The principles in equity are clear that a permanent injunction will not be ordered in the absence of a determination that the enjoined conduct is likely to occur. In Aquila Networks Canada (B.C.) Ltd. v. Borgnetta, 2004 BCCA 188 (CanLII) at para. 13, this court said:

[18]        This same approach applies in respect to declarations concerning future conduct. In Operation Dismantle Inc. v. Canada, 1985 CanLII 74 (SCC), [1985] 1 S.C.R. 441 at 457-458 Justice Dickson, for the majority, discussed the sparing approach that courts must take on applications for prospective declaratory and injunctive relief:

… the preventative function of the declaratory judgment must be based on more than mere hypothetical consequences; there must be a cognizable threat to a legal interest before the courts will entertain the use of its process as a preventive measure. As this Court stated in Solosky v. The Queen, 1979 CanLII 9 (SCC), [1980] 1 S.C.R. 821, a declaration could issue to affect future rights, but not where the dispute in issue was merely speculative. In Solosky, supra, one of the questions was whether an order by a director of a prison to censor correspondence between the appellant inmate and his solicitor could be declared unlawful. The dispute had already arisen as a result of the existence of the censorship order and the declaration sought was a direct and present challenge to this order. This Court found that the fact that the relief sought would relate to letters not yet written, and thereby affect future rights, was not in itself a bar to the granting of a declaration. The Court made it clear, however, at p. 832:

… that a declaration will not normally be granted when the dispute is over and has become academic, or where the dispute has yet to arise and may not arise. [Emphasis added by Dickson J.]
A similar concern with the problems inherent in basing relief on the prediction of future events is found in the principles relating to injunctive relief. Professor Sharpe, Injunctions and Specific Performance (1983), clearly articulates the difficulties in issuing an injunction where the alleged harm is prospective, at pp. 30-31:

All injunctions are future looking in the sense that they are intended to prevent or avoid harm rather than compensate for an injury already suffered. …

Where the harm to the plaintiff has yet to occur the problems of prediction are encountered. Here, the plaintiff sues quia timet – because he fears – and the judgment as to the propriety of injunctive relief must be made without the advantage of actual evidence as to the nature of harm inflicted on the plaintiff. The court is asked to predict that harm will occur in the future and that the harm is of a type that ought to be prevented by injunction.

The general principle with respect to such injunctions appears to be that “there must be a high degree of probability that the harm will in fact occur”: (Sharpe, supra, at p. 31). In Redland Bricks Ltd. v. Morris, [1970] A.C. 652, at p. 665, per Lord Upjohn, the House of Lords laid down four general propositions concerning the circumstances in which mandatory injunctive relief could be granted on the basis of prospective harm. The first of these stated [at p. 665]:

1. A mandatory injunction can only be granted where the plaintiff shows a very strong probability upon the facts that grave damage will accrue to him in the future…. It is a jurisdiction to be exercised sparingly and with caution but in the proper case unhesitatingly.

It is clearly illustrated by the rules governing declaratory and injunctive relief that the courts will not take remedial action where the occurrence of future harm is not probable. This unwillingness to act in the absence of probably future harm demonstrates the courts’ reluctance to grant relief where it cannot be shown that the impugned action will cause a violation of rights.