Can You Prove Mental Incapacity for a Will? 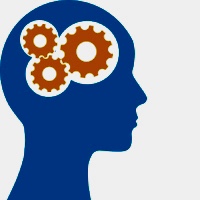 Nykoryak v Anderson 2017 BCSC 1800 is a decision that in many respects is indicative of how difficult it is to succeed in having a will set aside on the basis of lack of mental capacity.

The court found that the testator who is aged 93, when he executed his last will had sufficient mental capacity to do so, despite some underlying cognitive issues. The evidence of his doctor and the lawyer who drafted the will was accepted by the court in proving that he had testamentary capacity.

1) Understand the nature and effect of a will understand the extent of what was being bequeathed under the will;

3) understand the nature of the claims that may be made by a person who is excluded by the will;

The lawyer who took instructions for the will had filed an affidavit at a summary trial, hearing, setting out his discussions with the testator. It was clear that the testator could not of had the discussion he had with the lawyer, if he did not meet the foregoing criteria.

In addition, the testator’s long time physician had provided an opinion in the form of an expert report that although the testator had some underlying cognitive issues at the time he executed his will, including some short-term memory loss and occasional confusion, he was nevertheless probably aware of what he was doing at the time.

115- simply having an imperfect or impaired memory does not in itself absent testamentary capacity unless it is so great as to leave no disposing memory. A disposing mind and memory is on able to comprehend of his own initiative and volition. The essential elements of the will making, property, objects, just claims to consideration, revoking of existing dispositions and the like. Moore v Drummond 2012 BCSC 1702 at 158

40- the applicant notes that testamentary capacity is not the same thing is the capacity to manage one’s property and the capacity to confer a power of attorney. I agree. This does not mean the test is higher for testamentary capacity, rather, it is different. Should this point need illustration, none better can be found, then in the decision Palahnul v Palahahnuk Estate 2006 OJ 5304 were a will made by an 80-year-old testator had been found incapable of caring for her own person or her own property. The testator was cared for by a niece, under an agreement with the public Guardian and trustee, the court found:

Testator requirements for making a valid will:

The requirements for a testator to have a sound disposing mind in order to make a valid will include the following:

Establishing a lack of testamentary capacity

Isolated memory or other cognitive deficits do not establish lack of testamentary capacity.

Such things as imperfect memory, inability to recollect names and even extreme imbecility, do not necessarily deprive a person of testamentary capacity. The real question is whether the testator’s mind and memory are sufficiently sound to enable him or her to appreciate the nature of the property was bequeathing, the manner of distributed and the objects of his or her bounty.

Care must be taken in reading the physicians clinical notes are in interpreting their diagnoses.