Presumption of Resulting Trust Rebutted By Evidence of Love and Affection 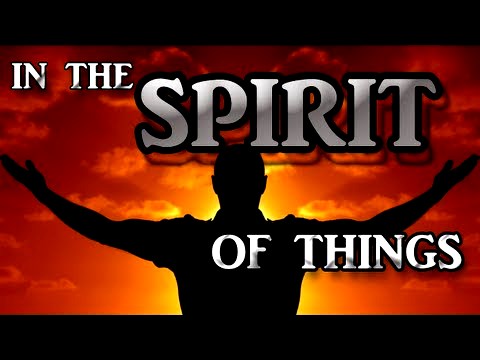 There is a presumption of resulting trust over a gift when a substantial asset is transferred for little or no consideration,-here the presumption was overcome by evidence of love and affection.

Oord v Oord 2012 BCSC 1857 is the classic scenario where a well-intentioned family ended up in litigation concerning the ownership to the home which the plaintiff and her deceased husband purchased with their son and his wife and two children. The purchase price for the home came entirely from the parents but title was registered in the names of both parents and both the son and daughter-in-law as joint tenants. After the death of the husband, his interest was transferred to the remaining three joint tenants in equal shares. The son and the daughter-in-law subsequently separated.

The mother plaintiff brought this action for a declaration that the son and daughter in law held part of their interest in the property in trust for the mother, for an order for partition and sale of the property, and for division of the proceeds in accordance with the beneficial interest. The court dismissed the action and found that as the monies used to purchase the property came entirely from the parents, the registration of title to the property and all four names amounted to a gratuitous transfer in favor of the son and daughter-in-law.

The presumption of advancement could not apply, and the presumption of resulting trust applied, but was rebutted by the sun with regard to the initial payment to purchase the lot. The existence of love and affection and desire on the part of the parents to assist their children was relevant in the courts determination as to whether the presumption of resulting trust was rebutted. The court found that the living arrangement was intended to be a permanent situation, and that the parents intended to make a gift of one half of the purchase price of the property, because they knew it was the only way such an arrangement would be possible. The court ordered partition and sale of the property, finding that sale was the only method for division of the parties interests.

In the leading case, Pecore v. Pecore, [2007] 1 S.C.R. 795 [Pecore], Mr. Justice Rothstein, writing for the majority, discussed the principles to be applied by the court when dealing with gratuitous transfers and determining whether a resulting trust was created or whether the transfer was a gift. He began by defining the competing notions of resulting trust and advancement at paras. 20 – 21:

20 A resulting trust arises when title to property is in one party’s name, but that party, because he or she is a fiduciary or gave no value for the property, is under an obligation to return it to the original title owner … .

21 Advancement is a gift during the transferor’s lifetime to a transferee who, by marriage or parent-child relationship, is financially dependent on the transferor.

[28] While it is the actual intention of the transferor at the time of the transfer that determines how a dispute concerning a gratuitous transfer should be determined, the law has developed certain rebuttable presumptions that will arise, depending on the circumstances. Rothstein J. referred to these presumptions at para. 22, as follows:

24 The presumption of resulting trust is a rebuttable presumption of law and general rule that applies to gratuitous transfers. When a transfer is challenged, the presumption allocates the legal burden of proof. Thus, where a transfer is made for no consideration, the onus is placed on the transferee to demonstrate that a gift was intended: see Waters’ Law of Trusts, at p. 375, and E. E. Gillese and M. Milczynski, The Law of Trusts (2nd ed. 2005), at p. 110. This is so because equity presumes bargains, not gifts.

[30] The rebuttable presumption of advancement was restricted in Pecore to gratuitous transfers from a parent to a minor child (para. 40).

[32] If the particular circumstances give rise to the presumption of a resulting trust, the burden of proof falls upon the party challenging the formation of a resulting trust to establish that the transfer was a gift. The standard of proof that is applicable to rebut the presumption is the balance of probabilities (Pecore at para. 43). The approach to be taken by the trial judge in examining this rebuttal is set out at para. 44 of Pecore:

44 As in other civil cases, regardless of the legal burden, both sides to the dispute will normally bring evidence to support their position. The trial judge will commence his or her inquiry with the applicable presumption and will weigh all of the evidence in an attempt to ascertain, on a balance of probabilities, the transferor’s actual intention. Thus, as discussed by Sopinka et al. in The Law of Evidence in Canada, at p. 116, the presumption will only determine the result where there is insufficient evidence to rebut it on a balance of probabilities.