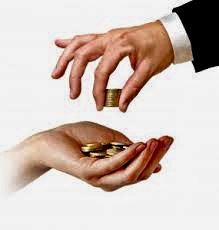 Re Vince Insurance Trust 2016 BCSC 1992 reviewed the law as to what constitutes proper estate expenses such that the executor would be entitled to be reimbursed for same. It is a question of fact in each case.

29      Trustees are entitled to be indemnified against all reasonable costs and expenses they incur as trustees: Geffen v. Goodman Estate [1991] 2 S.C.R. 353. This is reflected in s. 95 of the Trustee Act, R.S.B.C. 1996, c. 464, which provides, in material part, that a trustee “may reimburse himself or herself, or pay or discharge out of the trust premises, all expenses incurred in or about the execution of his or her trusts or powers”.

whether the expense incurred arose out of an act within the scope of the trusteeship duties and powers, whether in the circumstances it was reasonable, and whether it was something that his duty as the trustee required him to do.

31      The application of this test, generally speaking, would disentitle a trustee to indemnification for expenses arising out of his or her own misconduct: Tebbs v. Carpenter (1816), 1 Madd. 290, and expenses that he or she voluntarily assumed: Waters’ Law of Trusts at 1210. The matter is more complicated, however, in cases where a strict application of the test would preclude indemnity but where the trust benefited from the incurred expense.

32      It has been observed that in such circumstances, it would be reasonable “to indemnify the trustees on the ground that the beneficiaries are unjustly enriched”: Albert H. Oosterhoff, “Indemnity of Estate Trustees as Applied in Recent Cases” in Megan Connolly & Anne E.P. Armstrong eds, Ontario Estate Administration Manual, (Toronto, Thomson Reuters Canada) (WL). Similarly, the authors of Lewin on Trusts, 17th ed. (London: Sweet & Maxwell, 2000) at 539, express the view that where a trustee has acted in good faith and has incurred costs in a transaction benefiting the trust estate, he or she may be entitled to indemnification even where the transaction was unauthorized:

33      Ultimately, what is regarded as a properly incurred and therefore recoverable expense is “a question of fact in the circumstances of each particular case”: Waters’ Law of Trusts at 1209. The applicable principle I draw from the foregoing authorities is that there is no absolute prohibition against the indemnification of a trustee for expenses incurred as a result of acts beyond the scope of the trust (including voluntary acts) in circumstances where the denial of indemnification would result in unjust enrichment of the beneficiaries.