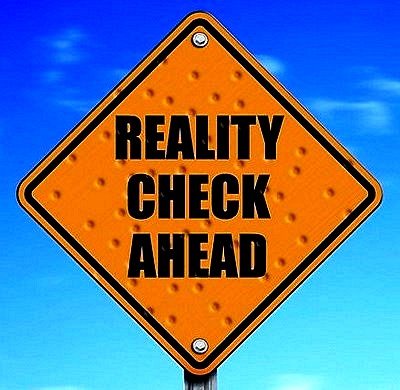 Canada v. Olumide 2017 FCA 42 set out a road map on how to rid the court’s back log of the frivolous and vexatious litigant, albeit with ” dignity and respect.”

The Federal Court relied upon s 40 of the Federal Court act but most provinces have similar provisions including British Columbia to limit litigants found to be vexatious to having to obtain leave from the court before bringing further court action(s).

When faced with what appears to be a frivilous vexatious litigant, usually acting on his or her own without counsel, strongly consider bringing an application to the court for such an order.

The decision stresses that the courts are community property that exist to serve everyone and should not be commandeered in a damaging way to advance the interests of one.

A single vexatious litigant can gobble up scarce judicial  and registry resources and injure other innocent litigants awaiting to have their cases adjudicated.

[17]           Section 40 reflects the fact that the Federal Courts are community property that exists to serve everyone, not a private resource that can commandeered in damaging ways to advance the interests of one.

[19]           The Federal Courts have finite resources that cannot be squandered. Every moment devoted to a vexatious litigant is a moment unavailable to a deserving litigant. The unrestricted access to courts by those whose access should be restricted affects the access of others who need and deserve it. Inaction on the former damages the latter.

[20]           This isn’t just a zero-sum game where a single vexatious litigant injures a single innocent litigant. A single vexatious litigant gobbles up scarce judicial and registry resources, injuring tens or more innocent litigants. The injury shows itself in many ways: to name a few, a reduced ability on the part of the registry to assist well-intentioned but needy self-represented litigants, a reduced ability of the court to manage proceedings needing management, and delays for all litigants in getting hearings, directions, orders, judgments and reasons.

[21]           On occasion, innocent parties, some of whom have few resources, find themselves on the receiving end of unmeritorious proceedings brought by a vexatious litigant. They may be hurt most of all. True, the proceedings most likely will be struck on a motion, but probably only after the vexatious litigant brings multiple motions within the motion and even other motions too. In the meantime, the innocent party might be dragged before other courts in new proceedings, with even more motions, and motions within motions, and maybe even more.

[22]           Section 40 is aimed at litigants who bring one or more proceedings that, whether intended or not, further improper purposes, such as inflicting damage or wreaking retribution upon the parties or the Court. Section 40 is also aimed at ungovernable litigants: those who flout procedural rules, ignore orders and directions of the Court, and relitigate previously-decided proceedings and motions.

[25]           A litigant’s misbehaviour in just a single proceeding can result in section 40 remedies. The express text of section 40 makes this clear: it provides that where a party “has conducted a [single] proceeding in a vexatious manner,” the Court “may order that no further proceedings be instituted by the person in that court”: Campbell v. Canada, 2005 FCA 49 (CanLII) at para. 19.

[26]           On occasion, some courts, including this Court, have characterized section 40 as being a drastic, last-resort option. It has been called a “most extraordinary” power that “must be exercised sparingly and with the greatest of care” because an individual is “entitled to access the courts”: Olympia Interiors (F.C.A.), above at para. 6.

[29]           Seen in this way, section 40 is not so drastic. A litigant can still access the courts by bringing a proceeding but only if the Court grants leave. Faced with a request for leave, the Court must act judicially and promptly, considering the legal standards, the evidence filed in support of the granting of leave, and the purposes of section 40. The Court could well grant leave to a vexatious litigant who has a bona fide reason to assert a claim that is not frivolous and vexatious within the meaning of the case law on pleadings.

[33]           Many vexatious litigants pursue unacceptable purposes and litigate to cause harm. But some are different: some have good intentions and mean no harm. Nevertheless, they too can be declared vexatious if they litigate in a way that implicates section 40’s purposes: see, e.g., Olympia Interiors (F.C. and F.C.A.), above.

[34]           Some cases identify certain “hallmarks” of vexatious litigants or certain badges of vexatiousness: see, for example, Olumide v. Canada, 2016 FC 1106 (CanLII) at paras. 9-10, where the Federal Court granted relief under section 40 against the respondent; and see paragraph 32 above. As long as the purposes of section 40 are kept front of mind and the hallmarks or badges are taken only as non-binding indicia of vexatiousness, they can be quite useful.

[35]           A word of two needs to be said about proving vexatiousness. Often the record offered in support of section 40 applications is laborious to assemble and voluminous to present. It needn’t always be so.

[36]           Again, the issue is whether the litigant should be subject to an additional level of regulation, not whether the litigant’s access to court should be forever barred. This invites focused, well-chosen evidence, not an encyclopedia of every last detail about the litigant’s litigation history. In some cases, the requirement of vexatiousness can be proven by an affidavit that provides only the most relevant information, court decisions that describe the litigant’s intentions and conduct, and selected pleadings and documents that demonstrate vexatiousness.

[37]           Some prosecuting these applications forget that other courts’ findings of vexatiousness under similarly-worded provisions can be imported into later applications against the same litigant and can be given much weight: Toronto (City) v. C.U.P.E., Local 79, 2003 SCC 63 (CanLII), [2003] 3 S.C.R. 77. The wheel needn’t be reinvented.

[38]           Even where other courts have declared the respondent to be a vexatious litigant, the applicant must file evidence of the respondent’s vexatious behaviour in this Court bearing in mind the comments in paragraph 36, above. As a legal matter, the applicant bears the legal burden of proving vexatiousness on the balance of probabilities. But as a practical matter, due to the weight that can attach to other courts’ findings, a respondent might have to offer highly credible evidence in order to resist the application.

[39]           Finally, a few words about the reasons for judgment in vexatious litigant applications. In matters such as this, sometimes reasons for judgment describe litigants, their conduct, and their attitudes in lurid ways that might amuse the more sophomoric among us. Happily, I have never seen that approach taken in the Federal Courts. There, the reasons have been restrained and appropriate, clinical in tone and minimalist in approach. This is as it should be. Courts should treat all litigants—even vexatious ones—with dignity and respect. To the court, the litigant may deserve to be declared a vexatious litigant. But to others, the litigant may be an employee or volunteer, a friend or acquaintance, an aunt or uncle, a parent or child—and a good one too. No one deserves to be tarred and feathered and paraded through the town square, least of all by courts.