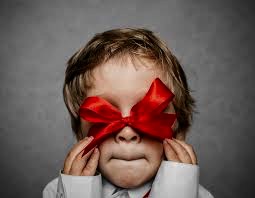 Client privilege and the wills cases exception are the few line of cases that will not remain privileged after death.

It is very frequent in estate litigation that for various reasons, the disinherited parties often wish to obtain the wills files of the solicitor who drafted the wills on behalf of the deceased.

This frequently causes contested chambers application as to whether or not privilege will continue to apply to the files after the death.

As a general rule, all communications between a lawyer and his or her client, in the course of the lawyer client relationship, are privileged and that privilege remains forever unless the client waives it.

That solicitor client duty  to claim privilege applies to former or deceased clients, subject to the exception that on death, the deceased’s instructions concerning a will, which were privilege during his or her lifetime, may be disclosed.

Fawcett v Steiner and Fawcett Estate 21 ETR (2d) 686, provides a good summary of the leading principles that apply with respect to solicitor client privilege as it relates to wills:

5.the prerequisites of a valid waiver are that the client must know of the privilege and the right to claim it, and intend to relinquish it, and appreciate the consequences of doing so.

6. Where the purpose for seeking disclosure of the confidential communications between lawyer and client was for the purpose of attempting to defeat the testator’s true intentions, as opposed to determining the true intentions of the testator, then the application (for production of the solicitor’s file) will be dismissed

He found that the plaintiffs were seeking disclosure of the confidential communications in an attempt to overturn the will and defeat the testamentary wishes of the deceased.

That decision was a wills variation action, and stands for the proposition that a solicitor’s will file is not compilable and remains privileged in such actions, unless the validity of the document is in question.