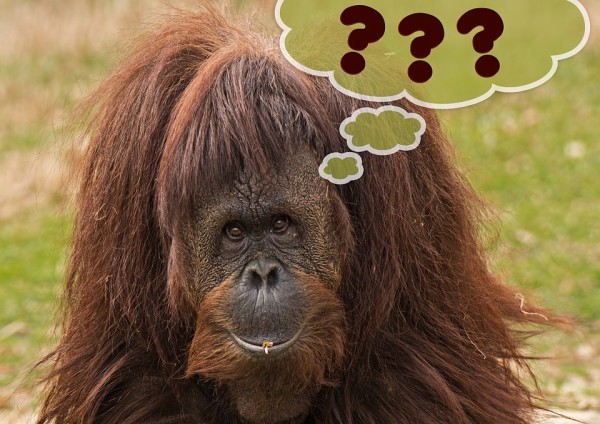 Dunn v TD Canada Trust 2016 BCSC 270 was a Rule 9-7 application to determine the words directing the trustee to retain in the form in which they are at the time of my death all investments in bonds and stocks which they had done since 1957.

The question that came after almost 60 years was were the trustees required to keep the bonds and stocks in specie for the lifetimes of the daughters, or did the will give the trustees the power to retain or sell as deemed advisable in the trustees absolute discretion.

After a lengthy analysis of the law the court concluded that the trustee was required to retain the testators bonds and stocks in specie for the lifetime of the daughters , subject to encroachment if the balance of the capital of the estate was otherwise exhausted.

[18] As noted, the parties agree as to the rules of construction to be employed in determining the intention of the testator. Generally, it is to be a staged approach where a second or subsequent step or method is only employed where the previous has not allowed the court to determine the testator’s intention.

[19] The first approach is to look at the ordinary meaning of the words used within the four corners of the will. Counsel referred to several cases that have articulated this in slightly different ways with each articulation providing some assistance and clarity. Counsels’ presentation of the law, evidence and argument was concise and effective.

In the construction of wills, the primary purpose is to determine the intention of the testator and it is only when such intention cannot be arrived at with reasonable certainty by giving the natural and ordinary meaning to the words which he has used that resort is to be had to the rules of construction which have been developed by the Courts in the interpretation of other wills.

[47] It is appropriate to consider surrounding facts and circumstances only if the language of the will is ambiguous: Feeney’s Canadian Law of Wills at §10.51.

45. There are a number of principles that the court utilizes in determining the testator’s intention from the plain meaning of the words used within the four corners of the will:

(b) The court should interpret the will in a way which gives effect to all the words used in a will, and reject interpretations that would render certain words or phrases inoperable.

(c) In interpreting a will, the Court should not add or insert words unless it is “patently obvious” that there has been an inaccurate expression by the testator of his or her intention, and the words that should be read in are clearly what the testator had in mind.

(d) Where a testator repeats a word or phrase, it should be presumed that the testator intended to express the same idea.

(e) Where a testator uses different words or phrases, it should be presumed that the testator intended to express difference ideas.

[21] The applicants’ summary of the law on this point references some different authorities as follows:

27. It is well accepted that the primary purpose in the interpretation of a will is to determine the intention of the testator. This ought to be accomplished, where possible, based solely on the ordinary meaning of the words used within the four

corners of the Will by reading it as a whole. If the testator’s intention can be determined in the context of the Will as a whole, it is unnecessary to look any further.

28. The Supreme Court of Canada has commented that ordinary meaning often refers to a reader’s first impression meaning:

Although the weight to be given to the ordinary meaning of words varies enormously depending on their context, in the instant case, a textual interpretation supports a comprehensive analysis based on the purpose of the Act. Most often, “ordinary meaning” refers “to the reader’s first impression meaning, the understanding that spontaneously emerges when words are read in their immediate context” (R. Sullivan, Sullivan and Driedger on the Construction of Statutes (4th ed. 2002), at p. 21; Marche v. Halifax Insurance Co., [2005] 1 S.C.R. 47, 2005 SCC 6, at para. 59). In Canadian Pacific Air Lines Ltd. v. Canadian Air Line Pilots Assn., [1993] 3 S.C.R. 724, at p. 735, Gonthier J. spoke of the “natural meaning which appears when the provision is simply read through”.

29. When interpreting a will, the court should consider the Will as a whole to garner the intention of the testator, rather than particular phrases in isolation.

30. Where a clause is ambiguous and capable of two reasonable interpretations, one in harmony with the balance of the will and one at variance to it, the former is to be preferred.

31. The law is that it is reasonable to presume that the Testator’s intention was that effect be given to every word of his or her will and that none of the words be rejected. This principle is outlined in Smith BCSC as follows:

The court should make every effort to reconcile two apparently conflicting provisions of a will, rather than to absolutely ignore one or the other of them, or call either or both of them void for uncertainty.

32. Where in a will there is an omission that is plain on its face or an ambiguity, the Court may apply common sense to make a change or addition if the testator’s intention is clear.

Each Judge must endeavour to place himself in the position of the testator at the time when the last will and testament was made. He should concentrate his thoughts on the circumstances which then existed and which might reasonably be expected to influence the testator in the disposition of his property. He must give due weight to those circumstances in so far as they bear on the intention of the testator. He should then study the whole contents of the will and, after full consideration of all the provisions and language used therein, try to find what intention was in the mind of the testator. When an opinion has been formed as to that intention, the Court should strive to give effect to it and should do so unless there is some rule or principle of law that prohibits it from doing so.

[24] Both parties in this application maintain that their respective positions on the proper interpretation of this will are established by the words alone and that I need not reference or rely on any other rule of construction, including the armchair rule to interpret this will.

[25] If, after an examination of the language used within the four corners of the will and, if necessary, aided by the application of the armchair rule, the intention of the testator still has not been determined, other rules of construction may be employed. As will be seen from the analysis which follows, I do not find it necessary to resort to additional rules of construction; therefore, I will not address them further.