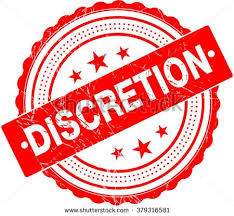 A (S) v Metro Vancouver Housing Corp. 2017 BCCA 2 was a case involving how much information was required to be provided by the recipient of discretionary trusts in order to qualify for subsidized housing.

The case included an excellent discussion of what a discretionary trust is and how they are extensively used amongst various disabled persons in such matters as government involvement in their finances and expenses  re housing, medical and the like.

[64] Strictly speaking, the object of a discretionary trust may lack a “proprietary” or “possessory” interest in the property of a trust. In M. (H.R.), the court referred to the decision of the House of Lords in Gartside v. I.R.C., [1968] 1 All E.R. 121. Gartside concerned the meaning of the term “interest in possession” under the Finance Act. Lord Wilberforce said this of a beneficiary’s interest in a discretionary trust (at 134):

No doubt in a certain sense a beneficiary under a discretionary trust has an “interest”: the nature of it may, sufficiently for the purpose, be spelt out by saying that he has a right to be considered as a potential recipient of benefit by the trustees and a right to have his interest protected by a court of equity. … But that does not mean that he has an interest which is capable of being taxed by reference to its extent in the trust fund’s income: it may be a right with some degree of concreteness or solidity, one which attracts the protection of the court of equity, yet it may still lack the necessary equality of definable extent which must exist before it can be taxed.

[65] Similarly, the authors of Underhill and Hayton: Law of Trusts and Trustees, 18th ed. (London: LexisNexis, 2010) at 98, describe the nature of a discretionary trust as follows:

Where a beneficiary has no such absolute current right to direct the trustees to pay him an ascertainable part of the net income or capital he has ‘no interest in possession’, only being interested under a discretionary trust. Typically, this is the case where a beneficiary will receive income only if the trustees positively decide to carry out their duty to distribute income by favouring him rather than another member of the class of potential beneficiaries. There is also the atypical case where a beneficiary must receive the income unless the trustees exercise distributive (or dispositive) powers to divert the income elsewhere … or to withhold it …: the discretion-conferring distributive powers prevent an interest in possession arising (eg where B is a life tenant subject to dispositive powers).

[66] A discretionary trust is distinct from a fixed trust. The authors of Underhill and Hayton at 98, describe a fixed trust as follows:

Where a beneficiary has a current fixed entitlement to an ascertainable part of the net income or net capital, if any, of the trust fund after deduction of sums paid by the trustees in the exercise of their administrative powers of management, the beneficiary has a fixed interest which ranks as ‘an interest in possession’ under the trust.