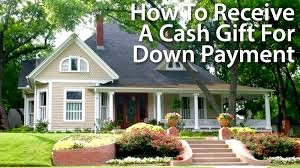 In family environments it is often very difficult or near impossible for third parties such as a court to easily determine if that parental advancement of funds used to buy their child’s new family home was a loan or a gift.

From the parent’s viewpoint, it is usually a “gift for so long as the marriage holds together”- but if it fails, we want our money back.

These transactions are invariably not legally or at least properly  documented and are involving greater sums of monies than before and are being made more frequently, especially with the current  high priced homes.

A word of caution to the financing relatives/parents- legally document the advancement of funds as a loan or risk losing it upon a separation/divorce. I recommend that if assisting buying a home, then document the transaction with a mortgage containing a current interest rate.

Accrued interest can always be forgiven .

The Law: Loan or Gift?

In Byrne v. Byrne, 2015 BCSC 318 (B.C. S.C.), the issue was whether bi-weekly payments of $1,000 made by the claimant’s father to a joint account held by the claimant and the respondent and used to pay for household expenses constituted a gift or loan.

THE  COURT:  On the balance of probabilities and in the absence of evidence described in Kuo concerning parental loans, I am satisfied that the claimant’s parents advanced this money without expectation of repayment of principal or interest and that their current desire for repayment was more likely triggered by the separation of the parties.

49      As a result, I conclude that the money paid by the Byrnes to their son is not a family debt as described in s. 86 of the FLA

Mr. Justice Armstrong began his analysis at paras. 41 and 42: