The Presumption of Advancement In BC May Be Dead 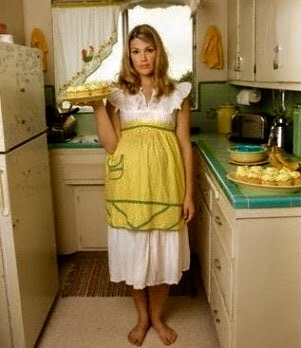 HCF v DTF 2017 BCSC 1226, a divorce case, traces the historical roots of the presumption of advancement and finds that it is an outmoded and “dead” legal principle in today’s BC society.

Times have changed because women are no longer economically vulnerable and same sex marriages mean that no one would ever really know who would get the benefit of the presumption.  This is because the presumption applied for transfers from husbands to wives but not from wives to husbands (in which case it was held by the husband  on resulting trust).

The decision would apply to estate cases as well as matrimonial cases.

The Court Stated: What is the Legal Nature of the Presumption of Advancement?

The Ambit of the Presumption of Advancement

[110]     It is necessary at the outset to understand that the presumption of advancement only pertains to gifts made by a husband to a wife and not to gratuitous transfers made by a wife to a husband. The authors of Waters at 413 explain that the origins of the presumption between husband and wife is to be found in the eighteenth century, and, prior to World War l in particular, it reflected very much the course of affairs in the average middle-class or aristocratic family. Waters further observes that the transfer of property from a husband to a wife is regarded as an advance of what might be expected on the transferor husbands death; see Waters at 412.

[111]     Gifts made from a wife to a husband, however, are governed by the presumption of resulting trust and the onus would lie on a husband to establish that a gratuitous transfer made to him was intended as a gift. In this case these competing presumptions have direct relevance. It is to be remembered that when the parties bought the Connaught Property Mr. F. and Mrs. F. contributed $50,000 and $45,000 respectively to that purchase. In the absence of evidence to the contrary Mr. F. contribution is presumed to have been gifted to Mrs. F. while Mrs. F.s contribution is presumed to remain her money.

The Basis for the Presumption

[112]     The historical and jurisprudential underpinnings of the presumption are not entirely clear. Nevertheless it appears that the presumption, as between husband and wife, does not operate, as one might expect, based on an assumption of love or respect as between spouses or on the view that what is given by one spouse to another ought presumptively to be viewed as a gift. Instead, it arises out of a now anachronistic view of the economic competency of women. Thus, nearly fifty years ago, in Pettitt v. Pettitt, [1969] 2 All ER 385, Lord Reid, at 388-389 said:

I do not know how this presumption first arose, but it would seem that the judges who first gave effect to it must have thought either that husbands so commonly intended to make gifts in the circumstances in which the presumption arises that it was proper to assume this when there was no evidence, or that wives economic dependence on their husbands made it necessary as a matter of public policy to give them this advantage. I can see no other reasonable basis for the presumption.

[113]     In Pecore, Rothstein J., at para. 21, observes that advancement is a gift during the transferors lifetime to a transferee who is financially dependent on the transferor  In dealing with the application of the presumption as between parents and their adult children, Rothstein J. said:

[114]     Thus, it is a theory or premise of gendered economic dependence that underlies the evidential rule.

The Status of the Presumption

[115]     For nearly fifty years the presumption of advancement, as between husbands and wives, has been consistently questioned and steadily eroded.

[116]     In Pettitt, Lord Reid, at 389 observed that the social and economic conditions for women were changing, transforming a wifes traditional status as an economic dependent to an independent economic agent. To the extent that economic dependence made it necessary, as a matter of public policy, to give wives the advantage of the presumption of advancement, Lord Diplock wrote that the presumption belonged to a different social era; see 414.

[51]      First, there is considerable support for the view that the presumption of advancement has lost its force in the contemporary matrimonial context.  The editors of Waters Law of Trusts describe its origins in the 18th century, rooted in the assumption that when a husband or father transfers an asset to his wife or child, his intention is to make a gift due to the donees financial dependence on him and the reasonable expectation that the donee would share in his estate.  They observe that this premise has lost its persuasiveness in contemporary society, to the point that the presumption of advancement has been eliminated by express legislation in the majority of Canadian provinces and territories.  While it has not been abolished in British Columbia, they say that legislation dealing with the division of matrimonial property has €œreduced the presumption to no significance: [citations omitted.]

[120]     In addition, as early as 1975, provincial legislators began to recognize the disconnect between the presumption of advancement and the reality of modern family dynamics. Currently, s. 36 of Albertas Matrimonial Property Act, R.S.A. 2000 c. M-8; s. 50 of Saskatchewans Family Property Act, S.S. 1997, c. F-6.3; and s. 14 of Ontarios Family Law Act, R.S.O. 1990, c. F.3, have eliminated or abolished the presumption of advancement within their respective property division regimes. That said, each statute provides that a property placed in the names of both spouses as joint owners is proof, in the absence of evidence to the contrary, that joint ownership is intended; see also F. (V.J.) at paras.12-14.

Further Difficulties with the Presumption of Advancement

[121]     The relevance and usefulness of the presumption has been further eroded by ongoing changes in the nature of the unions between individuals. I have said that the presumption only applies to gifts from husbands to wives and not from wives to husbands. In Kerr. v. Baranow, 2011 SCC 10, Cromwell J. said:

[122]     Thus, the often expressed view that the presumption of advancement operates as between spouses or that it relates to  spousal gifts is both incorrect and misleading. So too is the use of the expression  donor spouse. Each of these expressions is incorrect because the only potential donor spouse is a husband and a spousal gift can only be made to a wife. These statements are misleading because discussions about fairness and consistency in relation to spousal gifts take on a different complexion when it is recognized that the presumption only operates in one direction.

[123]     In the present case how the presumption actually operates is important because any recognition of its limited scope is wholly absent from each of G. (P.), Remmem and Wells. These three cases, in turn, were the decisions that identified and addressed the conflict in the case law that was then brought to a head in F. (V.J.). In F. (V.J.) itself, however, the court was clearly aware that the presumption operated in this limited manner and it referred to this fact, albeit in passing; see paras. 50 and 77.

[124]     It is also worth recalling that in Pecore, at para. 40, the court narrowed the doctrine, as it applied to the parent-child relationship, so that it now only applies to transfers from parents to minor children.

[125]     These are then only two circumstances where the common law in Canada, in some provinces, recognizes the ongoing existence of the doctrine. The legal parallels, in a contemporary society, between gifts made to wives and gifts made to minor children, are jarring and further highlight the outdated foundation of the presumption as it applies to a gift made by a husband to his wife.

[27]       the presumption has not been broadly recognized where the relationship in question is a common law relationship and it has been held that it does not arise in respect of a relationship of that kind. [citations omitted.]

[29]      The law is clear that the presumption can also be displaced by the operation of a presumption of advancement (which applies only between parents and children or married spouses) or where an agreement exists under which one party would be unjustly enriched if the titleholder were held to be the beneficial owner. [citations omitted.]

[130]     These same considerations extend to both same-sex marriages and same-sex common law relationships. Under the Definition of Spouse Amendment Act, S.B.C. 1999, c. 29 and the Definition of Spouse Amendment Act, 2000, the definition of spouse was expanded to include persons in a marriage-like relationship, including marriage-like relationships between persons of the same sex. In 2003 the British Columbia Court of Appeal in Barbeau v. British Columbia (Attorney General), 2003 BCCA 251, ruled that the common law bar to same-sex marriage contravenes s. 15 of the Charter. Two years later the federal government enacted the Civil Marriage Act, S.C. 2005, c. 33, which allowed same-sex partners to marry across the country.

[131]     The FLA was clearly intended to extend the division of property regime to same-sex relationships. During the debates concerning the FLA one speaker said, I think most Canadians, regardless of whether they want the benefit of marriage or a common law relationship or a gay or lesbian relationship or whatever kind of relationship they want, expect that at the end of the day, if that relationship fails, there will be some fundamental fairness; see B.C., Legislative Assembly, Official Report of Debates (Hansard), 39th Parl., 4th Sess., No. 2 (17 November 2011) at 1015.

[132]     The operation of the presumption poses pragmatic and conceptual difficulties in the same-sex context. As a practical matter, if the presumption only arises when property moves from husband to wife, when would it arise between spouses of the same sex? On a conceptual level, if the presumption was historically designed to ameliorate a wifeâ€™s legal and socially engineered economic dependence on her husband, does such a relationship exist between two men or two women?

[133]     If, as it appears, the presumption of advancement does not function between same-sex partners then, contrary to legislative intent, same-sex couples would be treated differently than traditional couples for the purposes of property division under the FLA.

[134]     These defining attributes of and limitations on the presumption of advancement have important consequences for whether the presumption has any ongoing existence under the FLA.

[135]     One final reality is relevant. Today many people enter two or more marriages throughout the course of their lives. The excluded property regime in the FLA assists parties to maintain some financial continuity as they move between marriages or common law relationships.

[136]     This effect is not incidental. During the second reading of Bill 16, one speaker observed: the old joke is that a second marriage is the triumph of hope over experience, but many seem to be prepared to do that. As you divide assets more and more, the complications that arise from that and who brought what and the age at which you enter into those relationships become incredibly complex; see B.C., Legislative Assembly, Official Report of Debates (Hansard), 39th Parl., 4th Sess., No. 2 (17 November 2011) at 1010. Read in the context of the debate as a whole, one of the intended effects of the excluded property regime was to bring some financial certainty to persons who enter multiple marriages over the course of their lifetime.

[137]     As Madam Justice Fenlon, as she then was, pointed out in G. (P.) the presumption of advancement creates uncertainty in the excluded property regime. This reality was acknowledged in F. (V.J.) at para. 33. This uncertainty disproportionately impacts people who enter multiple marriages throughout their lifetime, working against the legislative objective.