The Principles of Interpreting Contracts 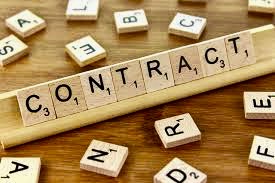 Dusanjh v Wright Estate 2017 BCSC 340 sets out the law relating to interpreting contracts when there is an ambiguity as to it’s meaning.

THE PRINCIPLES OF CONTRACTUAL INTERPRETATION

[41] The goal of interpreting an agreement is to discover the objective intent of the parties at the time the contract was made. In Sattva, the Supreme Court of Canada affirmed the “modern approach” to contractual interpretation. It held that the interpretive process involves reading the agreement in question “as a whole, giving the words used their ordinary and grammatical meaning, consistent with the surrounding circumstances known to the parties at the time of formation of the contract” Paras. 47, 50 [emphasis added in British Columbia (Minister of Technology Innovation and Citizens’ Services)].

[42] Sattva confirmed that the surrounding circumstances are relevant to contractual interpretation regardless of whether there is ambiguity in the contract. In this regard, Whitmore J.A.’s observations in Directcash Management Inc. v. Seven Oaks Inn Partnership, 2014 SKCA 106 at para. 13 are apposite:

[43] The principle that surrounding circumstances must be considered represents the longstanding law in British Columbia: see 0930032 B.C. Ltd. v. 3 Oaks Dairy Farms Ltd. 2015 BCCA 332 at paras. 3 — 5 [Oaks Dairy]. In Oaks Dairy, Newbury J.A., writing for the court, commented that, “[i]t may be that the Supreme Court in Sattva was only encouraging courts to be even more receptive to considering evidence of “factual matrix” to elucidate the interpretation of contracts” (Emphasis in original; para. 6). See also the decision of Lambert J.A. in Glaswegian Enterprises Inc. v. B.C. Tel Mobility Cellular Inc. (1997), 49 B.C.L.R. (3d) 317 (C.A.) at paras. 19-20.

[44] I would add that in Sattva, the Court discussed the difficulty of discerning objective intentions by reading the bare words of a contract in absence of a consideration of the surrounding circumstances, and that consideration of them is part of the interpretive process at paras. 47-48:

[47] . . . the interpretation of contracts has evolved towards a practical, common-sense approach not dominated by technical rules of construction. The overriding concern is to determine “the intent of the parties and the scope of their understanding” (Jesuit Fathers of Upper Canada v. Guardian Insurance Co. of Canada, 2006 SCC 21, [2006] 1 S.C.R. 744, at para. 27, per LeBel J.; see also Tercon Contractors Ltd. v. British Columbia (Transportation and Highways), 2010 SCC 4, [2010] 1 S.C.R. 69, at paras. 64-65, per Cromwell J.). To do so, a decision-maker must read the contract as a whole, giving the words used their ordinary and grammatical meaning, consistent with the surrounding circumstances known to the parties at the time of formation of the contract. Consideration of the surrounding circumstances recognizes that ascertaining contractual intention can be difficult when looking at words on their own, because words alone do not have an immutable or absolute meaning:

No contracts are made in a vacuum: there is always a setting in which they have to be placed . . . In a commercial contract it is certainly right that the court should know the commercial purpose of the contract and this in turn presupposes knowledge of the genesis of the transaction, the background, the context, the market in which the parties are operating.

[48] The meaning of words is often derived from a number of contextual factors, including the purpose of the agreement and the nature of the relationship created by the agreement . . . .

[45] The Court then discussed the role and nature of the “surrounding circumstances” in contractual interpretation at para. 57:

While the surrounding circumstances will be considered in interpreting the terms of a contract, they must never be allowed to overwhelm the words of that agreement (Hayes Forest Services, at para. 14; and Hall, at p. 30). The goal of examining such evidence is to deepen a decision-maker’s understanding of the mutual and objective intentions of the parties as expressed in the words of the contract. The interpretation of a written contractual provision must always be grounded in the text and read in light of the entire contract (Hall, at pp. 15 and 30-32). While the surrounding circumstances are relied upon in the interpretive process, courts cannot use them to deviate from the text such that the court effectively creates a new agreement (Glaswegian Enterprises Inc. v. B.C. Tel Mobility Cellular Inc. (1997), 101 B.C.A.C. 62).

[46] The Court discussed what kind of evidence may be considered under the “rubric” of surrounding circumstances at para. 58:

The nature of the evidence that can be relied upon under the rubric of “surrounding circumstances” will necessarily vary from case to case. It does, however, have its limits. It should consist only of objective evidence of the background facts at the time of the execution of the contract (King, at paras. 66 and 70), that is, knowledge that was or reasonably ought to have been within the knowledge of both parties at or before the date of contracting. Subject to these requirements and the parol evidence rule discussed below, this includes, in the words of Lord Hoffmann, “absolutely anything which would have affected the way in which the language of the document would have been understood by a reasonable man” (Investors Compensation Scheme, at p. 114). Whether something was or reasonably ought to have been within the common knowledge of the parties at the time of execution of the contract is a question of fact.

[59] It is necessary to say a word about consideration of the surrounding circumstances and the parol evidence rule. The parol evidence rule precludes admission of evidence outside the words of the written contract that would add to, subtract from, vary, or contradict a contract that has been wholly reduced to writing (King, at para. 35; and Hall, at p. 53). To this end, the rule precludes, among other things, evidence of the subjective intentions of the parties (Hall, at pp. 64-65; and Eli Lilly & Co. v. Novopharm Ltd., [1998] 2 S.C.R. 129, at paras. 54-59, per Iacobucci J. [Eli Lilly]). The purpose of the parol evidence rule is primarily to achieve finality and certainty in contractual obligations, and secondarily to hamper a party’s ability to use fabricated or unreliable evidence to attack a written contract (United Brotherhood of Carpenters and Joiners of America, Local 579 v. Bradco Construction Ltd., [1993] 2 S.C.R. 316, at pp. 341-42, per Sopinka J.).

[60] The parol evidence rule does not apply to preclude evidence of the surrounding circumstances. Such evidence is consistent with the objectives of finality and certainty because it is used as an interpretive aid for determining the meaning of the written words chosen by the parties, not to change or overrule the meaning of those words. The surrounding circumstances are facts known or facts that reasonably ought to have been known to both parties at or before the date of contracting; therefore, the concern of unreliability does not arise.

[61] Some authorities and commentators suggest that the parol evidence rule is an anachronism, or, at the very least, of limited application in view of the myriad of exceptions to it (see for example Gutierrez v. Tropic International Ltd. (2002), 63 O.R. (3d) 63 (C.A.), at paras. 19-20; and Hall, at pp. 53-64). For the purposes of this appeal, it is sufficient to say that the parol evidence rule does not apply to preclude evidence of surrounding circumstances when interpreting the words of a written contract.