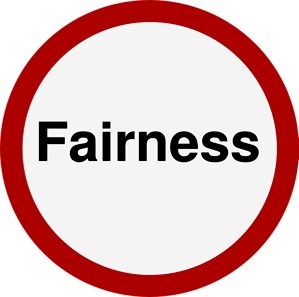 In Schiller-Arsenauult v Proudman 2015 BCSC 1924 , the deceased after her divorce overlooked changing her designated beneficiary of her insurance policy from her ex husband to her sister, who was also the residual beneficiary of her will. The Court found that the ex husband in making a claim upon the insurance proceeds acted in breach of the separation agreement terms and breached his equitable and contractual obligations to refrain from taking steps to pursue a claim on the policy proceeds.

The Court imposed a remedial constructive trust upon the policy proceeds and awarded it to the sister.

It  is actually a common oversight that separated couples often err – failure to change ALL  the insurance policies and pension designations. There is often a policy or two overlooked in the process of starting a new life.

141.(1) An insured may in a contract or by a declaration designate himself, his personal representative or a beneficiary to receive insurance money.

(2) Subject to section 142, the insured may alter or revoke the designation by a declaration.

means an instrument signed by the insured

(a) with respect to which an endorsement is made on the policy;

(b) that identifies the contract; or

(c) that describes the insurance or insurance fund or a part of it,

in which he designates, or alters or revoke the designation of, his personal representative or a beneficiary as one to whom or for whose benefit insurance money is to be payable.

[32]         The Deceased and Martindale had entered into a Separation Agreement which provided, among other things, that the Agreement was a full and final settlement of all of the rights of each against the other’s property; that each of the parties was relinquishing all interest in the estate of the other; and that neither was to claim any right to any such property in any manner; and would execute such deed or papers as necessary to give effect to the intention of the Agreement.

[33]         As in this case, the Court in Roberts v. Martindale concluded that at all times after separation and divorce, the Deceased intended to arrange her financial affairs so that the plaintiff – Roberts – would inherit her estate and enjoy all financial benefits arising or payable upon her death.  As in this case, the Court concluded that at all material times the Deceased and the Plaintiff (Petitioner here) believed that steps had been taken to revoke the beneficiary designation under the Policy.

There is a maxim of equity that it will not permit even an act of Parliament to be used as an instrument of fraud.

[35]         In the following paragraphs, the Court upheld the decision of the trial judge that Martindale could not retain the proceeds of the insurance policy:

26. But I am comfortable in this case in saying that it would be against good conscience for the appellants to keep this money because Mr. Martindale had, by the separation agreement, surrendered any right he might have had to the property of the deceased.  A policy of life insurance is a species of property of the insured, albeit the amount payable under the contract of insurance does not fall into possession until the insured’s death, and by law, cannot be taken by the insured’s creditors.

27. For the appellant, Mr. Martindale, to claim from the insurer the proceeds was a breach of the separation agreement and such a breach is sufficient, in my opinion, to call in aid the doctrine of the remedial constructive trust.  To put it another way, it is not the mistaken belief of Mrs. Martindale which gives rise to a remedy; it is the bargain which Mr. Martindale made.

[36]         The decision in Roberts v. Martindale was followed in Hemmerling Estate v. Hemmerling, 2000 ABQB 808.  In that case, Justice Nash found that the deceased’s former spouse was in breach of a separation agreement (“Minutes of Settlement”) by failing to sign a renunciation of Interest to the proceeds of a RRSP in which she had been named as beneficiary.  The court noted that the separation agreement clearly stated that it was intended to be a resolution of all issues between the parties.

[37]         In the alternative, the court said that the deceased’s former spouse held the money in a constructive trust.

[38]         Roberts v. Martindale was also followed and applied in Holowa Estate, 2011 ABQB 23; and most recently, in this province, in Tarr Estate v. Tarr, 2013 BCSC 1994.  In Tarr Estate, the deceased’s former wife had been named the irrevocable beneficiary of joint survivor benefits payable under the Teachers’ Pension.  The deceased and his former spouse subsequently entered into a separation agreement that purported to be a final resolution of all issues between the former spouses, including division of property and debts, life insurance and succession rights, and included a general release of all claims.

[39]         After the death of Mr. Tarr, his former wife refused to release her claim to the pension benefits.  The Estate brought the action to recover the benefits already received by the respondent; and to obtain a declaration that she held the survivorship benefits in trust for the Estate.  In the Tarr case, the separation agreement included a specific reference to the pension plan.

23. It is settled that a pension administrator cannot change the joint life beneficiary of a pension post-commencement.  However, that does not mean a beneficiary’s entitlement is absolute.  A beneficiary can agree to waive their survivorship benefits.  In such instances, the court can make an order that the beneficiary is not entitled to survivor benefits and has a duty to hold such benefits in trust for a newly designation beneficiary:  Wice v. Wice, 2009 BCSC 655.

26. In the present case, by virtue of the Separation Agreement, Ms. Tarr relinquished her right to any survivorship benefits arising out of Mr. Tarr’s pension.  In breach of her agreement, Ms. Tarr has retained the survivor benefits.  That breach is sufficient to require the use of the doctrine of a remedial constructive trust to enforce the bargain reached by the Tarrs.

[41]         A different result was reached in Wilson Estate v. Wysoski, 2014 BCSC 675.  That case is distinguishable on its facts, however.  The claim was brought in unjust enrichment and the court concluded that there was a juristic reason − a beneficiary designation − which was sufficient to defeat the claim in unjust enrichment.  In that case, there was no separation agreement, so the claimant former spouse had not contractually renounced her claim and was not in breach of contract.  Justice Bracken relied on the decision in Soulos v. Korkontzilas, [1997] 2 S.C.R. 217 (S.C.C.) in which the Court held that there had to be wrongful conduct on the part of the defendant, rather than mere enrichment, in order to find a “good conscience trust”.  The Court held that a defendant “…must have been under an equitable obligation…in relation to the activities giving rise to the assets in his hands”.