Sham Trusts and the Three Certainies 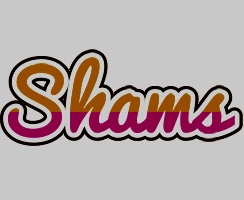 The three certainties: certainty of intention and the issue of sham trusts

In order to be valid, trusts must comply with the three certainties at the time of settlement:

It is of course trite law that for a valid trust to come into existence, the three certainties -certainty of intention, objects and subject matter – must be met…. If the first requirement is not met — i.e., a transfer of property is construed as not intended to have been subject to a trust obligation – the transferee takes the property beneficially … If the first test is met but the intended trust fails due to uncertainty of subject matter or objects, then … the property is held on a resulting trust in favour of the settlor…(Lewis v. Union of B.C. Performers, (1996) 18 B.C.L.R. (3d) 382 at para. 21 (C.A.) [Lewis]).

To meet the first certainty, there must be an intention on the part of the settlor to impose enforceable trust obligations on the trustee. The language used by the settlor is critical and must show a clear intention that the recipient of the trust property holds that property on trust: Lewis at para. 22.

The issue of sham trusts is treated in different ways by different authors. WJ. Mowbray et al, Lewin on Trusts, 17th ed. (London: Sweet & Maxwell, 2000) at paras. 4 -19 to 4 – 28 [Lewin] considers that whether a trust is invalid as a sham depends primarily on the intention of the settlor at the time the trust is created (citations omitted):
The sham concept…would appear to involve a finding of fact akin to, but nevertheless falling short of, actual fraud. In the trust context, a finding will be necessary that, whilst an apparent settlor did not in fact intend to part with the beneficial interest in the trust property, nevertheless he executed documentation with the apparent effect of so parting (Lewin at paras. 4-21).

If at the [time of execution] the settlor genuinely intends the documentation to take effect according to its terms, and those terms are such as to create a trust, then nothing the settlor or trustees do thereafter can render a valid trust a sham (Lew/77 at paras. 4 – 22).

Mere examination of the deed itself will, of course, be incapable of revealing its sham nature (Lewin at paras. 4-22).
[Courts have] distinguished between the class of case where parties entered into a written agreement which was “a sham intended to mask their true agreement”, and the distinct class of case where, without any question of sham, there “has been held to be some objective criterion in law by which the courts can test whether the agreement the parties have made does or does not fall into the legal category in which the parties have sought to place their agreement {Lewin at paras. 4-24).
The difference [between a sham and merely an improperly constituted trust] is that between an apparent settlor who has no relevant intention to create a trust, but executes documentation by which he pretends to have such an intention; and the quite distinct settlor who fully intends his documentation to take effect according to its terms, but, as a matter of proper legal analysis, fails to create a trust (Lewin at paras. 4 – 25, emphasis in original).
[A] finding of sham makes it unnecessary for the court to consider the requirement of certainty of intention at all, because it has evidence before it that the settlor’s documentation has been crafted to mislead {Lewin at paras. 4-27).

[7]he mere retention of wide beneficial powers and interests by the settlor does not of itself make the trust a sham, so long as the trustee genuinely has control over the assets and exercises his own independent discretions in respect of those matters where the terms of the trust require him to do so (Lewin at paras. 4 – 28).

Simply put, Lewin distinguishes between a settlor with devious intent and a settlor who signs
a document that does not have the legal effect he or she thought it would have. The discussion in Donovan Waters et al., Waters’ Law of Trusts in Canada, 3rd ed. (Toronto: Thomson Carswell, 2005) at 145-149 [Waters] is consistent with the Lewin approach.

A transaction is no sham merely because it is carried out with a particular purpose or object. If what is done is genuinely done, it does not remain undone merely because there was an ulterior purpose in doing it (Lewin at paras. 4-26 citing Miles v. Bull, [1969] 1 Q.B. 258 at 264 [Miles v. Bull]).