British Columbia with its Torrens land title system as a statutory Presumption of Indefeasible Title that can be rebutted by  a resulting trust . 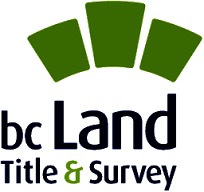 [107]     The starting point is the presumption of indefeasible title, as set out in s. 23(2) of the Land Title Act, R.S.B.C. 1990, c. 250.  The presumption is that the registered title accurately reflects the party’s actual ownership interest.

[108]     Both Mary and Sally Mak are listed as the owners of the Mahon property with the Land Title Office.  Therefore, the presumption of indefeasible title applies.  This presumption was explained in Lindquist v. Waring, 2007 BCSC 205 at para. 48

…The Torrens land registration system in this province creates a statutory presumption of indefeasible title in a registered owner of property and places the onus on the party seeking to rebut this presumption to provide evidence that the registered owner holds their interest in trust for that party or another. This presumption is codified in s. 23(2) of the Land Title Act as follows:

23(2) An indefeasible title, as long as it remains in force and uncancelled, is conclusive evidence at law and in equity, as against the Crown and all other persons, that the person named in the title as registered owner is indefeasibly entitled to an estate in fee simple to the land described in the indefeasible title …

The Presumption of Resulting Trust

[110]     If a gratuitous transfer is made to independent adult children, the presumption of resulting trust may apply: Pecore v. Pecore, 2007 SCC 17.  The court must examine all of the relevant evidence to determine the transferor’s intention regarding the property transfer: Schouten Estate at para. 5.  If established, the onus is then on the transferee to rebut the presumption and prove that the gift was intended: Pecore at para. 24.