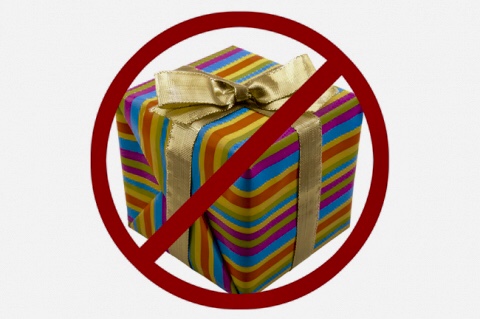 Ward v Roberts 2017 BCSC 1768 allowed the termination of a trust on the basis that there was no ” gift over” and thus it violated the rule in Saunders v Vautier.

The deceased executed a will in 2009 that provided that placed equal share of residue of estate in separate trusts for son and daughter. The will provided that if daughter pre-deceased the deceased, then her share would pass to her brother’s children.

The daughter brought a petition for termination of trust which the court allowed as the daughter was the only person with a vested interest in the trust.

Her brother’s children only had contingent interests if she died within 10 years and there was no “gift over” to other persons in the event that she did die within 10 years.

The daughter was entitled to the entire beneficial interest of trust and could terminate trust as the daughter met the requirements for termination of trust in accordance with modern statement of rule in Saunders v. Vautier.

[21] The common law rule in Saunders v. Vautier can be concisely stated as allowing beneficiaries of a trust to depart from the settlor’s original intentions provided that they are of full legal capacity and are together entitled to all the rights of beneficial ownership in the trust property. More formally, the rule is stated as follows in Underhill and Hayton: Law of Trusts and Trustees (14th ed. 1987), at p. 628:

If there is only one beneficiary, or if there are several (whether entitled concurrently or successively) and they are all of one mind, and he or they are not under any disability, the specific performance of the trust may be arrested, and the trust modified or extinguished by him or them without reference to the wishes of the settlor or trustees.


23 Bastarache J. concurring with Deschamps J. noted at para. 98 that “[t]he rule in Saunders v. Vautier requires the consent of all parties who have an interest or who own rights of enjoyment in the trust property.”

24 I agree with the petitioner’s submission that Buschau constitutes the modern and broader form of the rule in Saunders v. Vautier.

25 The respondent did not provide authority for his position that the Trust and Settlement Variation Act, R.S.B.C. 1996, c. 463 [Act], restricts application of the rule in Saunders v. Vautier in British Columbia. There is no authority to that effect. Section 1 of the Act empowers the court to consent to trust variations on behalf of persons incapable of consenting due to age or other incapacity, as well as on behalf of those with contingent interests. In Fargey, J, the second petitioner was only 17, therefore under disability due to his age. M’s Petition was disposed of without reference to the Act but due to J’s disability due to his age, the court had to dispose of his interest under the Act.

27 Further the Supreme Court did not declare the statement of law in Saunders v. Vautier in error; only that it had no application in the context of a statutorily regulated pension plan: Waters’ Law of Trusts in Canada, 4th ed. (Toronto: Carswell, 2012) p. 1237. In sum, Professor Waters concluded:

In general, then, the rule will not apply to regulated pension plan trusts. It can be said that there are broadly three situations in which the rule in Saunders v. Vautier operates.

28 The petitioner cited those three situations passages which Professor Waters set out at p. 1237 of his text, as follows:

1. Where the “beneficiary . . . is adult, of sound mind, and entitled to the whole beneficial interest may require the trustees to transfer the trust properly to him. [p. 1237.]

2. Where “[s]everal concurrently interested beneficiaries . . . all adult, of sound mind, and between them entitled to the whole beneficial interest may collectively compel transfer.” [p. 1238.]

3. Where “[s]everal beneficiaries . . . entitled in succession, whether their interests are vested or contingent, may combine to require transfer, provided they are all adult, of sound mind, and between them entitled to the whole beneficial interest.” [p. 1238.]