Trusts Are Not Legal Entities Entities 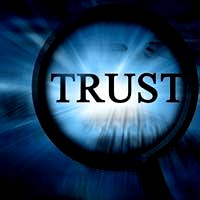 Bronson v Hewitt 2013 BCCA 367 at para. 70 states that a trust is not a legal entity but instead is a “relationship”.

The fact that a trust is not a separate legal entity like a corporation , affects its legal analysis. Treatment of trusts by the tax department for tax purposes is just that, and does not create a trust entity from the relationship.

A legal entity as per Blacks law dictionary is ” an entity, other than a natural person, who has sufficient existence in legal contemplation that it can function legally, be sued or sue and make decisions though agents as in the case of a corporation.”

[70]         The trial judge noted ‒ correctly ‒ that a trust is not a separate legal entity but a “relationship”.  He cited the following passage from Waters, supra:

“A trust comes to a close, and the trustee is entitled on a passing of his final accounts to a discharge, when the terms of the trust have been carried out. As we have seen, the terms may be of the simplest, requiring for instance the holding of land until the beneficiary is of age, or more complex, as when the trust creates a number of successive interests and confers upon the trustee extensive discretions and duties additional to those which are imposed by law. But whatever the terms, and in practice in almost all cases there is an instrument creating the trust which will contain those terms, the natural end of the trust is the moment when the trustee has properly transferred to  beneficiaries all the remaining trust property in his name and possession, and has had his final accounts passed.  [At 1173-74.]”