Severance of Joint Tenancy By Power of Attorney Upheld

Severance of Joint Tenancy by a

Houston v Houston Estate 2012 BCCA 300 upheld the severance of the joint tenancy through the use of a power of attorney despite the fact that the attorney.

stood to gain financially in a subsequent wills variation action which he only had by reason of the severance of the joint tenancy, thus creating a tenancy in

common of half the house, which formed the only asset in the estate of the deceased.

disinherited.com finds the decision somewhat surprising and opines that this is because of two reasons:

A. The findings of fact by the trial judge which will be set out here after;

B. The fact that the principal of the power of attorney agency agreement was mentally competent and the court found that the attorney was carrying out his estate wishes.

disinherited.com further opines that had the deceased not been competent, that the court would have decided the decision differently and upheld the joint tenancy.

A Central Issue Was the Use of the Power of Attorney a Breach of Fiduciary Duty?

“The trial judge noted the following passage from Egli v. Egli 2004 BCSC 529, in which Madam Justice Garson (then of that court) had stated:

It is the attorney’s duty to use the power only for the benefit of the donor and not for the attorney’s own profit, benefit or advantage {Chapman). The attorney can only use the power for his or her own benefit when it is done with the full knowledge and consent of the donor (Robertson, Mental Disability and the Law in Canada at 183). I am not aware of any authority that detracts from this principle in circumstances where the benefit is conferred on family members.”

[54]  ”  There can be no doubt that a fiduciary who engages in ‘self-dealing’ or who receives a secret benefit or profit from a transaction carried out on the donor’s behalf, is accountable to the donor for such profit: see generally Fridman, supra, at 106-110. An obvious exception exists, however, where the donor consents to or authorizes the attorney’s acting as he or she has. This concept is encapsulated in s. 27 of the Property Law Act, which was quoted by the trial judge at para. 70 of her reasons:

Attorney cannot sell to himself or herself

27       A sale, transfer or charge to or in favour of himself or herself by an attorney

[55]    The trial judge found, correctly, that James Houston did not carry out a transfer “to or in favour of himself within the meaning of these provisions. The plaintiff argues, however, that by severing the tenancy, he “created an estate” for his father, since by the time he died, Dr. Houston Sr.’s only asset was the interest in the condominium. Title having been severed, that interest passed to his estate when he died. As the trial judge noted at para. 71 of her reasons, James Houston and his siblings have commenced an action under the Wills Variation Act- which they could not have done except for the severance. Obviously, they might benefit from James’ exercise of the authority granted to him.

[56]    The question of whether James Houston had his father’s authorization or consent to “create an estate” for him was again one of fact. In this case, the question was a delicate one that depended greatly on the credibility of James Houston and his sister, who also participated in the critical conversation with their father. The brother and sister were extensively examined and cross-examined about that conversation, and the trial judge realized its importance in the context of the law applicable to fiduciaries. She found that although the father had not specifically directed his son to use the power of attorney to sever the joint tenancy, he had “clearly instructed Dr. James Houston to use the power of attorney so that his estate would be preserved and his ultimate wishes fulfilled.” (Para. 89.) The trial judge has not been shown to have been wrong in reaching this conclusion or in finding that James acted so that his father’s wishes would be respected. The trial judge also accepted that before he made the appointment for his father to see Mr. Humphries in the fall of 2008, James had told Dr. Houston Sr. that if he, the father, was happy to “let things go the way they [were] going”, the Houston children were “happy with that. We were all well enough off.” But, he said, “Dad wasn’t. He said he [had] always been a man of fairness. He wanted things to go six ways to the family.” To be blunt, the fear of what Ms. Fowler and Mrs. Houston would do after Dr. Houston Sr.’s death put this plan into serious jeopardy.” 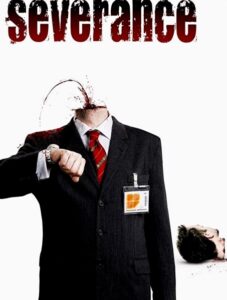