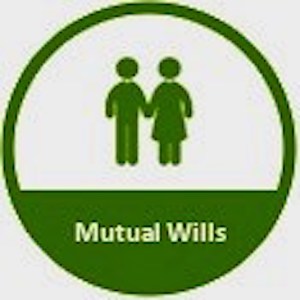 Brewster v Lenzi 2010 BCSC 1488 is an interesting decision involving mutual wills between a husband and wife, that ended with their joint tenancy ownership being severed.

Mutual wills cases are somewhat unusual in that the overwhelming number of the wills made between spouses are commonly referred to as ” mirror wills”.

Mutual wills on the other hand, typically involve a written contract between the parties, separate from their will, that is mutually agreed to govern the ultimate disposition of certain property.

This case is a dispute between a widow and her stepdaughter regarding the daughter’s constructive trust claim against the one half interest in the matrimonial home of the widow and her deceased husband.

The husband and wife were married for the 2nd time each in 1988.

In 1992 will they each contributed an equal sum of money to purchase a condominium, which they registered as joint tenants.

Each partie’s will stated that should the other die 1st, then the survivor would transfer one half of the contents of the house effects, and the deceased’s one half interest in the matrimonial home to their respective beneficiaries, but not the other , for their own use absolutely.

After her father died, the wife refused to transfer his one half interest in the matrimonial home to the daughter of the deceased.

The daughter sought a declaration that the wife owned 1/2 of the condominium property in trust for her, and the court agreed.

The court held that the evidence clearly established a common intention between the parties, and their mutual agreement as to the ultimate disposition of the property, that was meant to be irrevocable and binding upon each of them.

The court concluded that the property was intended to be held in trust by the surviving joint tenant, and to be dealt with only in accordance with the terms of the agreement.

Mutual clauses in their wills governed the disposition of the condominium property.

The intended disposition was clear and established that when they executed their wills in 1992, the husband and wife had the common intention that the one half interest in the condominium owned by the husband, was to be transferred to his daughter upon his death.

The husband imposed a certain an obligation upon the wife to so transfer his interest and she agreed to accept and carry out that obligation.

That agreement was irrevocable and binding.

The case is particularly interesting to disinherited.com in that the condominium was held in joint tenancy between the husband and wife.

If the joint tenancy had not been severed during the husband’s lifetime, then the wife would have received the condominium absolutely upon her husband’s death.

The court reasoned that such the scheme agreed to between the husband and wife denies the right of survivorship, which is an essential ingredient of the joint tenancy.

The joint tenancy was thus severed and the interests of the party converted to a tenancy in common.

The severance occurred in equity, and the court made a declaration of trust in favor of the intended beneficiary.