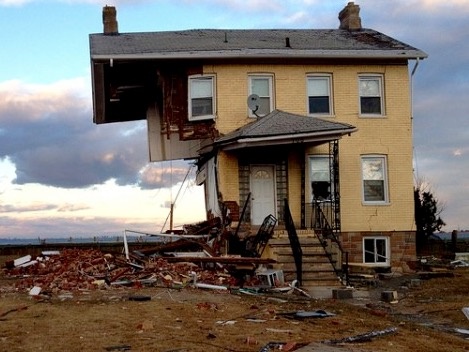 Ontario matrimonial case law continues to lead Canadian jurisprudence in liberally interpreting and finding conduct between the co- owners of joint tenancy property that amounts to a severance of the joint tenancy.

The leading case  on severance of joint tenancy law is the Ontario Court of Appeal decision of Hansen Estate v Hansen (2012) 109 O.R. ( 3d) 241 , which has not been applied yet in British Columbia:

The Law Pertaining to Severance of a Joint Tenancy

29      A joint tenancy and a tenancy in common are the main forms through which two or more persons may collectively hold interests in property. In a joint tenancy, the co-owners hold the property as a unified whole such that each holds an equal interest in the property.3

In contrast, in a tenancy in common, one co-owner may be entitled to a greater proportionate interest in the property than the other(s).

30      There are very few other practical differences between the two forms of land holding. Ultimately, the critical distinction between the two — what Blackstone’s Commentaries refers to as “the remaining grand incident” — is the right of survivorship: Sir William Blackstone, Commentaries on the Laws of England: a facsimile of the first edition of 1765-1769, vol. 2 (Chicago: Univ. of Chicago Press, 1979), at p.183.

31      Through the right of survivorship, the interest of a co-owner in a joint tenancy will pass equally to all of the other co-owners upon his or her death. If multiple co-owners remain, the joint tenancy remains in existence, while if only one owner survives, the entire interest in the property passes to the survivor. In contrast, upon the death of a co-owner in a tenancy in common, the deceased’s interest in the property passes to his/her estate.

A joint-tenancy may be severed in three ways: in the first place, an act of any one of the persons interested operating upon his own share may create a severance as to that share. The right of each joint-tenant is a right by survivorship only in the event of no severance having taken place of the share which is claimed under the jus accrescendi. Each one is at liberty to dispose of his own interest in such manner as to sever it from the joint fund — losing, of course, at the same time, his own right of survivorship.

Secondly, a joint-tenancy may be severed by mutual agreement.

And, in the third place, there may be a severance by any course of dealing sufficient to intimate that the interests of all were mutually treated as constituting a tenancy in common. When the severance depends on an inference of this kind without any express act of severance, it will not suffice to rely on an intention, with respect to the particular share, declared only behind the backs of the other persons interested. You must find in this class of cases a course of dealing by which the shares of all the parties to the contest have been effected, as happened in the cases of Wilson v. Bell [(1843), 5 Ir. Eq. R. 501 (Eng. Eq. Exch.)] and Jackson v. Jackson [(1804), 9 Ves. 591 (Eng. Chancellor)].

The three rules may be summarized as follows:

Rule 1: unilaterally acting on one’s own share, such as selling or encumbering it;

Rule 2: a mutual agreement between the co-owners to sever the joint tenancy; and,

Rule 3: any course of dealing sufficient to intimate that the interests of all were mutually treated as constituting a tenancy in common.

13      The Sowkas argue that joint tenancy can be severed through a course of conduct as described in Hansen Estate v. Hansen (2012), 109 O.R. (3d) 241 (Ont. C.A.). They rely upon Rule 3 (course of conduct) and not Rule 2 (explicit agreement)1. They posit that the course of conduct undertaken by the parties in the matrimonial litigation makes it clear that the joint tenancy was effectively severed at the time that the Sowkas negotiated a settlement of their family law affairs, if not earlier.

14      The Sowkas claim that the following factors evidence a course of conduct sufficient to sever a joint tenancy:

(i) the parties separated with no prospect of reconciliation;

(ii) the parties closed a joint account from which expenses for jointly held property were paid;

(iv) both co-owners made claims for equalization of net family property;

(v) an appraisal of the matrimonial home was obtained;

(vi) each party claimed one-half the value of the matrimonial home in his/her Statement of Financial Information; and

The Judge agreed that the aforesaid conduct amounted to a severance of their joint tenancy.