Schouten Estate v Swagerman-Schouten 2014 BCSC 2320 examines the range of evidence and its significance when attempting to determine the intention of the donor when he transferred title to his farm to himself and one of his 6 children as joint tenants in 1995.

In the will of the deceased 14 years later, he showed an intention to gift the same property to the same child.

The Court reviewed the type of evidence it will consider when determining whether the defendant has rebutted the presumption that he held the property as a resulting trustee for the estate:

5. “What type of evidence may be considered to determine the transferor’s intention? Once the court has determined the proper presumption to apply, all of the relevant evidence should be weighed, depending on the facts of the case (Pecore at para. 55). The type of evidence that may be considered was discussed in Pecore at paras. 56-70. The Supreme Court of Canada at para. 59 expanded the traditional rule that evidence of intention ought to be contemporaneous with the transaction and said that evidence of intention subsequent to a transfer that is relevant to intention at the time of transfer should be assessed for reliability and weighed. Generally, the types of evidence germane to ascertaining intention include declarations and conduct contemporaneous with the transfer, evidence subsequent to the transfer, the documentary record as it relates to the asset, subsequent control and use of the property, other legal instruments, and tax treatment (Pecore at paras. 56-70; Doucette v. Doucette Estate, 2009 BCCA 393 (B.C. C.A.) at paras. 56-64; Fuller at paras. 48-50, 66-67; Chung at para. 49; Anderson v. Anderson, 2010 BCSC 911 (B.C. S.C.) at para. 161 [Anderson]). The grant of a power of attorney at the same time as a grant of joint ownership may indicate that the transferor intended to give more than management control of property (Pecore at para. 67). A Property Transfer Tax Return filed in relation to a transfer is a factor to consider in relation to intention and may suggest the intention of gift if the presumption of advancement was the applicable presumption at the time of transfer (Chung at paras. 52-54). Evidence of intention that arises subsequent to a transfer must be relevant to the intention of the transferor at the time of transfer (Pecore at para. 59; Turner v. Turner, 2010 BCSC 49 (B.C. S.C.) at para. 57). Continuing control and use of property after the transfer by the transferor may not be conclusive because it may not be inconsistent with a gift (Pecore at paras. 62-66; Fuller at paras. 66-67; Zukanovic v. Malkoc Estate, 2011 BCSC 625 (B.C. S.C.) at paras. 134-135).

6      Care must be taken to guard against after the fact evidence that may be self-serving (Pecore at para. 59; Fuller at para. 49; Chung at para. 51; Anderson at para. 164). The credibility of a witness should be gauged by its harmony with the preponderance of probabilities which a practical and informed person would readily recognize as reasonable in that place and in those conditions (Faryna v. Chorny (1951), [1952] 2 D.L.R. 354 (B.C. C.A.), at 357, Aujla at para. 36). Care must also be taken not to treat any single type of evidence as determinative but to weigh all of the evidence (Pecore at paras. 55, 68-69). D. Smith J.A. for the court in Fuller at para. 49 put it in a nutshell: “In short, the court must consider if the transferor had any rational purpose for the transfer other than a gift”.
Estate Planning express trusts gifts resulting trusts Resulting Trusts vs Gifts trusts wills variation BC 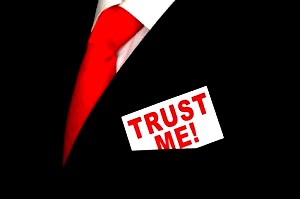 One of the most common types of estate litigation is the conflicting stories of one party testifying that the asset was gifted to him or her, while others in the family argue resulting trust, and the Judge must decide who to believe.

Examples of such findings and determination of the case are found in the following examples:

It is clear that many cases where a transferee seeks to persuade a court that a gratuitous transfer was intended to be a gift turn on questions of credibility; 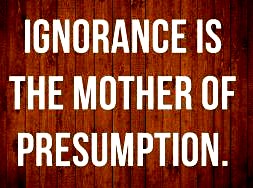 There had been some issue in law at one time due to the provisions of the Land Title Act.

3) in gratuitous transfer situations, the actual intention of the transferor is the governing consideration (Pecore at paras. 43-44; Kerr v. Baranow, 2011 SCC 10 at para. 18; Bergen at para. 38). In the case of an interest in land as joint tenants, it does not follow as a matter of law that an immediate irrevocable gift was given: the transferee must still rebut the presumption of resulting trust by bringing evidence of intention (Bergen at para. 22).

Will makers rarely appreciate that there are 3 types of legacies (Gifts In Wills) that can be left in a will:  general, demonstrative and specific.

Types of Legacies (Gifts In Wills)

[17]         A general legacy is a gift of something which, if the testator leaves sufficient assets, must be raised by her executor out of her general personal estate. It is a legacy not of any particular thing, but of something which is to be provided out of the testator’s general estate. An example of a general legacy is “I give [pounds] 100 to X”: Wood Estate v. Arlotti-Wood, 2004 BCCA 556 at para. 11.

[19]         The courts lean heavily against identifying a bequest as specific, unless the testator clearly expresses such an intention: Smith Estate (Re), 2003 SKQB 361.

[21]         Difficulty arose because shortly after the will was executed, the testator transferred his investments from RBC Dominion Securities to a different broker.

[22]         The Court of Appeal found this gift to be a specific legacy. They found it to be a gift in specie of the actual contents of the account, identifiable not by sum or number of shares, but only by the broker’s name (RBC Dominion Securities) and account number. The court held that it was not a demonstrative legacy because it was not possible to say that the gift “was to be paid ‘primarily but not solely’ out of the account “: para. 13.

[24]         The Saskatchewan Court of Appeal found these legacies to be specific. The court found that the language used by the testator, given its natural and ordinary meaning, limited the payment of the legacies to the fund to be realized from the sale of his farmlands. He gave direct instructions that the legacies would abate if the fund proved insufficient.

[25]         A demonstrative legacy shares characteristics of both general and specific legacies. It is in the nature of a specific legacy in that it is a gift of a specified amount or quantity which is directed to be satisfied primarily out of a particular fund or asset. It is in the nature of a general legacy, in that it could be paid out of the general estate if the specified fund falls short. An example of a demonstrative legacy is: “I give [pounds] 100 to be raised out of the sale of my Surrey properties”; Wood Estate at para. 12.

[26]         The Saskatchewan Court of Appeal, in Re Culbertson, described a demonstrative legacy at paras. 8 and 10 as follows:

[8] The definition of a demonstrative legacy and its nature are clearly set out by the learned author of Williams on Executors& Administrators, 13th ed., vol. 2, pp. 610-11, as follows:

A legacy of quantity is ordinarily a general legacy; but there are legacies of quantity in the nature of specific legacies, as of so much money, with reference to a particular fund for payment. This kind of legacy is called a demonstrative legacy: the testator, after making a positive gift, points out the particular fund which he desires to have first applied, and which he supposes to be adequate for the purpose. If the fund indicated is not adequate, the gift is intended to take effect nevertheless out of some other property of the testator. Such a legacy is general in that if the fund is called in or fails the legatee will not be deprived of his legacy, but will be permitted to receive it out of the general assets; it is specific in that it will not be liable to abate with general legacies upon a deficiency of assets, provided the fund from which it is primarily to be taken is not exhausted.

[10]      I think it is clear that if a bequest, general in form, but, as stated by the learned author of Williams on Executors & Administrators, supra, in the nature of a specific legacy relating to a particular fund for payment, is to be declared a demonstrative legacy, the will must disclose:

(3)        To my relatives in England I leave one thousand dollars in equal shares to the following persons, … these amounts to come from the Savings Bank account, together with any expenses in this connection with this division.

[28]         Some years following the execution of the will, the testator closed the Savings Bank account and deposited the money in a different bank. In finding this bequest to be a demonstrative legacy, the court described it as “a legacy of quantity in the nature of a specific legacy as of so much money, with reference to a particular fund for payment”, but which will not adeem if the particular fund no longer exists: para. 12.

“(4) To make over and assign to our adopted son George Warren $10,000 worth of capital stock of the Thomas Warren Knitting Company Limited.”

[30]         The difficulty in interpretation of that clause was the meaning to be given to the word “worth”. At the time of the testator’s death, the stock was actually worth less than par. In concluding that it was not a specific legacy, the court observed that the testator nowhere used the word “my” or any other expression which indicated that he was referring to any specific stock, which he then possessed. In construing the legacy as demonstrative, the court took note that George Warren was, after the deceased’s widow, the main beneficiary.

Children Born After Death of the Testator

What Makes It a Will?

Wills Drafting: The Myth of the “Simple Will”