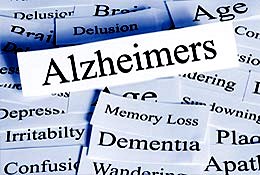 At a recent summit in New York , the looming epidemic of Alzheimers was described as “the world’s most significant unaddressed health risk, as there is neither a cure nor a means of slowing its progression.”

It’s a particularly cruel disease; memory is what makes us who we are, after all, and by denying people access to their memories, it robs them of their very humanity. Since rationality is built on memory, patients lose the ability to make the simplest decisions and so to live independent lives.

At the moment, something like 750,000 Canadians are afflicted, a number expected to double within a decade. The number of dollars we spend each year caring for people with dementia is also ballooning. In the media, Alzheimer’s is often described in apocalyptic terms – an approaching catastrophe that, as populations age, threatens to bankrupt the world’s health‑care systems.

A typical brain weighs about 2% of the total body weight but uses between 20-25% of the body’s oxygen and a substantial amount of the calories we consume in the form of the blood sugar glucose.

The brain is made up of 100 billion neurons that communicate with each other primarily through biochemical signals travelling at speeds of up to 220 MPH along a network that involves trillions of synaptic connections.

The human brain is approximately 75% water.

The brain consumes approximately the same amount of energy over time as an energy-saving light bulb. In terms of what it is able to do, it is far more efficient.

There are more than 1000 diseases, disorders and injuring affecting the brain, spinal cord and nervous system.

What, exactly, is Alzheimer’s? Dr. Howard Feldman, director of the Clinic for Alzheimer’s Disease and Related Disorders at the Centre for Brain Health, explains that afflicted people develop a progressive loss of cognitive abilities associated with abnormal deposits of proteins in the brain. These deposits form amyloid plaques and tau tangles. Neurons lose their capacity to function effectively. They progressively degenerate and die while their networks of connections through the brain’s synapses fail. With damage to the hippocampus, memory is affected. As neurons die en masse, the brain noticeably shrinks.

Much of the research at the Centre for Brain Health is organized around three fundamental goals. The first is an improved understanding of the mechanisms that determine how and why particular brain cells die, and how this might be prevented. The second is the promotion of functional recovery – the re‑growing of connections between cells that have been lost due to disease or injury. The third is the development of methods that will enable earlier diagnosis.

“The epidemiology literature indicates that the prevalence and incidence rates of Alzheimer’s are actually decreasing,” he says, “as they are with stroke. Perhaps people are paying more attention to the factors that promote well‑being than the last generation did. But that’s just a small offset against the greying of the population.”

Disease modelling suggests that if we can delay the onset of Alzheimer’s by five years, Feldman adds, we could cut the prevalence by 50 per cent. Delay it by one year and we’d cut it by 10 per cent. “Ten per cent may not sound like much, but it would make a huge public health difference.”

It’s not just a public policy issue, of course. Individuals can modify their behaviour to lower their chances of developing dementia, or at least to delay its onset. How? Max Cynader offers this practical advice: “Stay active. Exercise regularly. Eat well – put lots of different colours on your plate – and don’t overeat. Though the brain weighs only about 1.5 kilograms, it requires 20 per cent of the blood supply. Anything that’s bad for the heart is bad for the brain. A drink or two of alcohol appears to be salutary, but 10 or 20 drinks are not.”