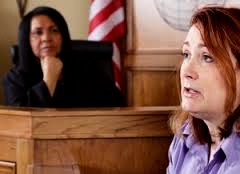 Moore v Drummond BCSC 1702 is not the first decision where the evidence of the lawyer who  prepared a will  is preferred over that of a family doctor, on the issue of whether or not a deceased  had mental capacity to prepare a will.

One year before her death the testatrix made a new will naming her neighbours as executors and soul beneficiaries, to the exclusion of her son.

The solicitor who drafted her will had no concerns about her testamentary capacity.

Whoever just one week before, the testator’s family Dr. told the Public Guardian and Trustee that the deceased had dementia and was no longer capable of managing her affairs.

After her death the executors brought action to prove the will in solemn form, and the sons brought a counterclaim to find the will invalid.

The court found the will of valid, and specifically found that the testator had the requisite capacity to make a new will.

The executors could not rely upon the presumption of validity because the suspicious circumstances caused by the fact that the doctor had expressed an opinion that the testator was incapable of managing her affairs.

However the doctors opinion was found to by the court to be a general one that commented in abstract on the testator’s ability to manage her affairs.

The solicitor who met with the deceased was more focused on the question of testamentary capacity, and was satisfied on the basis of his interview with her, observations and extensive experience.

The testator was able to accurately tell the solicitor what her property consisted of, and articulate reasons for disinheriting her son and favouring her neighbours.

The court found that the testator’s decision was consistent with the negative attitude previously expressed about her son and long-standing friendship with her neighbours.

The court commented as follows on the law relating to testamentary capacity:

… [The testator] ought to be capable of making his will with an understanding of the nature of the business in which he is engaged, a recollection of the property he means to dispose of, of the persons who are the objects of his bounty, and the manner in which it is to be distributed between them. It is not necessary that he should view his will with the eye of a lawyer, and comprehend its provisions in their legal form. It is sufficient if he has such a mind and memory as will enable him to understand the elements of which it is composed, and the disposition of his property in its simple forms.

[34]         In Leger v. Poirier, [1944] SCR 152 at 161, the Supreme Court of Canada used the term “disposing mind and memory”, which it defined as “one able to comprehend, of its own initiative and volition, the essential elements of will-making, property, objects, just claims to consideration, revocation of existing dispositions, and the like …”

… The testator must be sufficiently clear in his understanding and memory to know, on his own, and in a general way (1) the nature and extent of his property, (2) the persons who are the natural objects of his bounty and (3) the testamentary provisions he is making; and he must, moreover, be capable of (4) appreciating these factors in relation to each other, and (5) forming an orderly desire as to the disposition of his property….

[36]         This does not mean the testator must have perfect mental capacity for all purposes or be able to remember all details. Diminished capacity does not equate to lack of capacity and a person who has been deemed incapable of managing his or her own affairs may still be able to make a valid will: Royal Trust Co v Rampone, [1974] 4 WWR 735 at 743 (BCSC).

In these cases it is admitted on all hands that though the mental power may be reduced below the ordinary standard, yet if there be sufficient intelligence to understand and appreciate the testamentary act, in its different bearings, the power to make a will remains.

… his capacity may be perfect to dispose of his property by will, and yet very inadequate to the management of other business, as, for instance, to make contracts for the purchase or sale of property. For, most men, at different periods of their lives, have meditated upon the subject of the disposition of their property by will, and when called upon to have their intentions committed to writing, they find much less difficulty in declaring their intentions than they would in comprehending business in some measure new.

[39]         The party seeking to prove a will must show that it is in fact the will of a “free and capable testator,” but there is a presumption in favour of validity where the will has been duly executed, with the requisite formalities, after having been read by or to a testator who appeared to understand it. That presumption may be rebutted by evidence of suspicious circumstances, in which case the burden reverts to the propounder to prove validity on the balance of probabilities. The suspicious circumstances that may rebut the presumption may relate to the preparation of the will, the capacity of the testator, or a suggestion of coercion or fraud: Vout v Hay, [1995] 2 SCR 876. The court in Vout added at paragraph 25:

Since the suspicious circumstances may relate to various issues, in order to properly assess what effect the obligation to dispel the suspicion has on the burden of proof, it is appropriate to ask the question “suspicion of what?”